Asus just released the fastest laptops in the world, they are both ROG SCAR 15 styled, heavy on RGB and flair with performance to match that esports persona. Asus say “BEAT THE BEST, BE THE BEST” and they're not messing around, the laptop designs recently won CES2022 innovation awards, and the raw specification is unmatched.

There is so much that is good about these laptops, so let’s start with the graphics. Modern gaming laptops route frames from the GPU through the CPU's integrated graphics before the display, this can offer better battery life but the trade-off is preventing your GPU from giving its absolute best performance, so ASUS has introduced a component named the MUX switch to all 2022 ROG laptops. When you want it, you can select the direct GPU mode which reduces latency and boosts performance by an average of 15%. Higher power limits unlock even more performance from these graphics cards, ensuring you have the absolute best gaming experience, and for the first time in laptops, the RTX 3080 Ti graphic card is an internal option fully unleashed with a max TGP of 150W, thanks to the extra 25W available with Dynamic Boost. There is also a noteworthy RTX 3070 Ti option in the new SCAR 15 range, which is another first for gaming laptops, also extremely powerful while costing a little less. 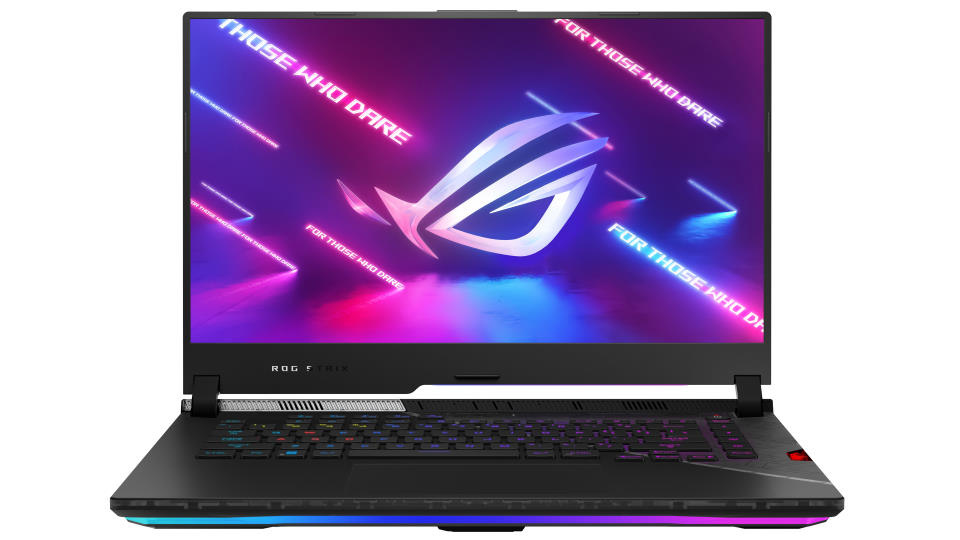 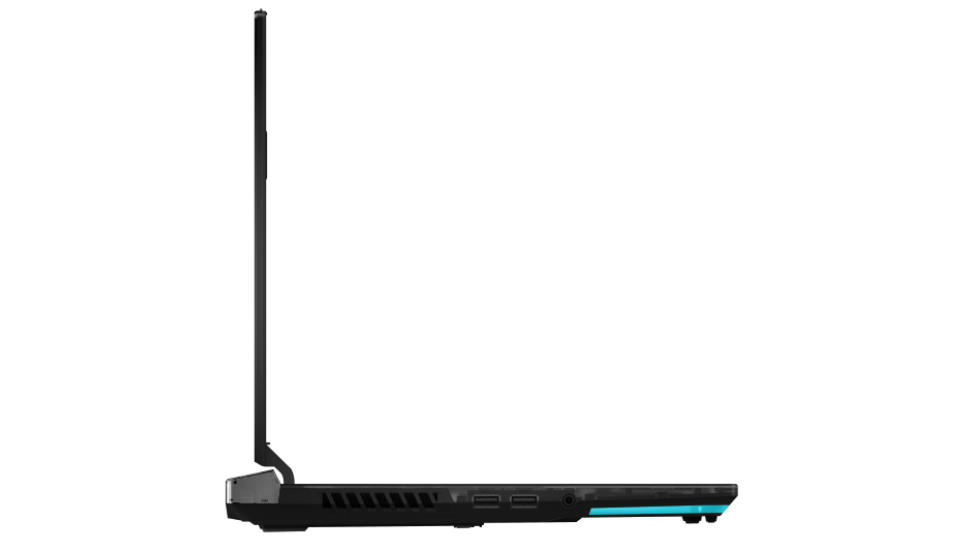 This powerful RTX 3080 Ti laptop has excellent cooling, and packs a 1080p 300Hz display for high-speed gaming on the go! The underside of the ROG SCAR 15 is highly ventilated, for better airflow to the powerful components housed within

The CPU used is the latest generation Intel Core i9-12900H, which sports a total of 14 cores and 20 threads of processing power. The max turbo boost is 5.0GHz, and being a 12th Gen Intel Core CPU it also allows for the use of new generation DDR5 modules, which up until now have only been available for desktop configurations. Powerful components such as these require a robust cooling solution and Asus has chosen to use Thermal Grizzly’s Conductonaut Extreme Liquid Metal on the CPU. An ultra-high performance thermal interface material, it can keep these components up to 14°C cooler than traditional thermal pastes. A liquid metal thermal compound has also been used for the four dedicated fan outlets to efficiently transfer heat out of the system.

DDR5 is blazing-fast RAM, providing a huge generational performance jump up to 4800MHz. With write times up to 50% faster than DDR4 machines, this new memory design makes all aspects of the laptop feel snappy, from intense gaming to opening more chrome tabs than ever before. It’s not just the temporary memory that’s fast here though, Asus have used PCIe 4.0 SSD for the storage in these new laptops too, further reducing loading times for large files and gaming.

The 3D print model is provided for free on the ROG website, allowing you to make your own unique flair 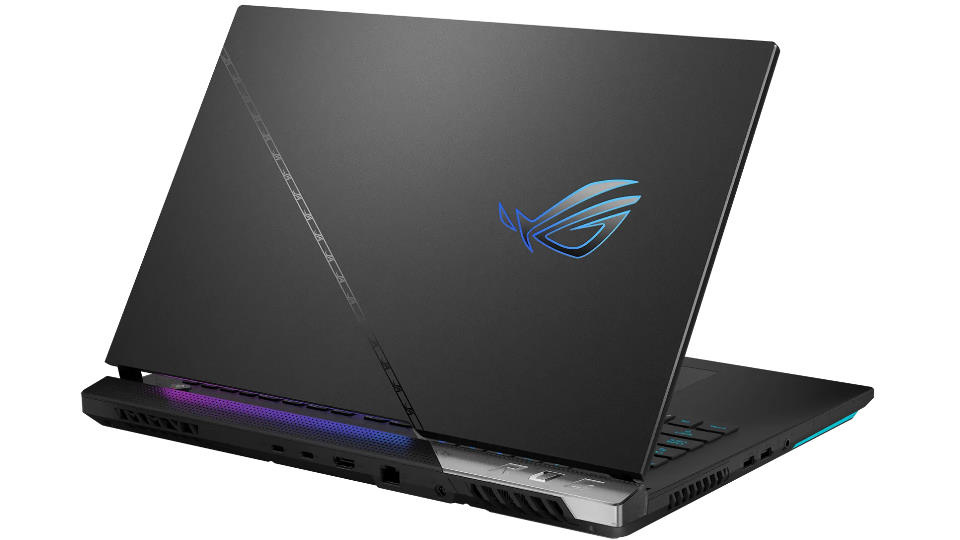 The design is beautiful, elegant with exceptionally good cooling design to keep performance up when you need it, and oh so quiet when you don't

To make good use of all this power, the RTX 3080 Ti SCAR 15 laptop comes fitted with a 15.6” 300Hz display with 3ms response times. The IPS panel also offers fantastic colour, Dolby Vision HDR, and adaptive sync for a stellar gaming and viewing experience. Sound has been upgraded and the Dolby Atmos-powered speakers include two tweeters and two downward-firing woofers to create an authentic sound stage for your chosen entertainment.

Moving into aesthetics, a semi-translucent palm rest gives a sneak peek at the internals, and redesigned rubber feet help to eliminate vibrations for smooth, quiet gaming sessions. These gaming systems also enable users access to Asus customisable Armor Caps, so we can add some original flair to the gaming laptop chassis. We get three bundled options in the box, but we can also 3D print our own with downloadable templates for a 100% unique design.

Stock has already landed and the new ASUS ROG Strix SCAR 15 RTX 3080 Ti Gaming Laptop is available for pre-order now, ahead of the official release date which is set for early February 2022.

See the latest in the ASUS Store today!