If you're in the market for a new tablet, you've come to the right place. You may be looking for your first tablet, you may have already owned a few, you may be looking to replace your laptop, or you just want one! Whatever your reason, there are many tablet options on offer here at PB Tech. To help you make your decision, see below for a quick guide on what to look for when tablet shopping.

How will you be using it?

The first thing to do is to find out what you are going to be using your tablet for. Some questions you might want to ask yourself are:

There are huge range of different sized tablets all with varying capabilities on offer. Everyone may have different needs, however gaming, business and media consumption are some examples of common uses of tablets. It's a good idea to begin by finding out exactly what you're wanting to do on your tablet as ultimately this will influence the model you buy.

Once you know what you're going to use it for, you need to decide which OS (operating system) will be the best fit. iOS (iPad) and Android have dominated the tablet market recently, however Windows are now also offering some great tablets.

iPads run on iOS. The iPad is the current market leader as the quality and variety of impressive apps and accessories is hard to beat. If you are familiar with other Apple devices, such as iPhone and Mac, then the iPad could be a good option for you. iOS doesn't support multi-users and there is a possibility you may need to re-purchase apps as some apps work on both, iPhone and iPad devices, however some don't.

Android, being developed by Google is incorporated into the Google Play market. This provides a large suite of Google services such as Gmail, Google Calendar, Google Maps, Google Photos and more. If you are familiar with and enjoy Google services, Android could be a good option for you, and the integration of apps is smoothest on this platform. Android also supports multi-user login which is useful if you are planning to share your tablet with multiple people such as family members and is highly customizable. The selection of apps on Android is reasonable and the quality of your tablet experience may be dependent on whether the app developer has optimized for tablet displays.

If you're wanting a tablet that resembles a traditional computing experience you will want to consider Windows. Full versions of the Microsoft Office suite, Word, Excel etc. will be available on your tablet, ideal for work purposes. There are a full range of apps to choose from which are touch friendly and support multiple user accounts but the overall selection is weaker in comparison to iOS and Android. 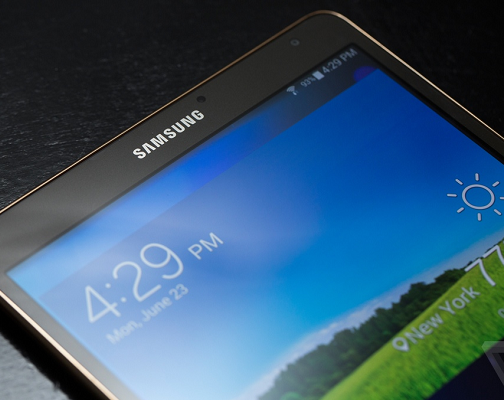 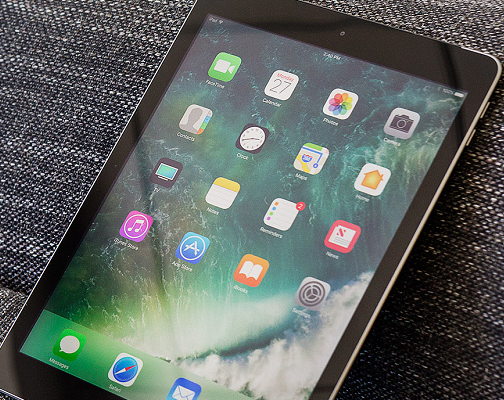 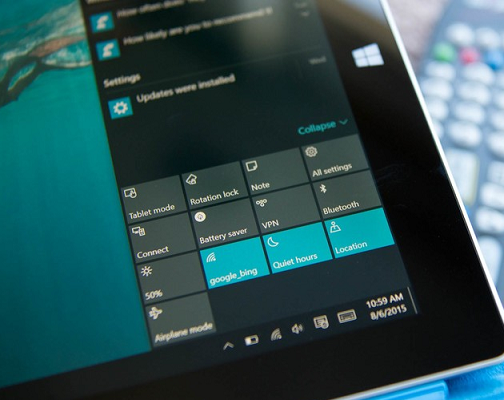 Once again, there are many different sizes of tablets to choose from, ranging from 7-13 inches. Determining your screen size is completely up to you however if you are looking for a small light device you can easily carry around and aren't concerned with the highest quality display, a 7 inch tablet may be the way to go. An 8-10 inch tablet provides a higher quality display and therefore the ability to better engage with apps, games and movies and is still relatively portable. If you are wanting to gain an immersive experience on your tablet and do not require to carry it around with you, a larger 10-13 inch tablet might be more suitable.

Tablets storage capacities often range from 16GB-1TB depending on which model you choose. Most Android and Windows tablets offer expandable storage through the use of a simple and cheap microSD card whereas Apple do not support microSD cards. For internal storage, a minimum of 16GB would be the ideal choice. If you are wanting to download a lot of data in the form of movies and games though, a 64GB or higher would be ideal to ensure you can store the sufficient amount of data you require.

If you are planning to use your tablet outside of your home, where you're not connected to your home wireless, you may want to consider a 4G or 5G connection (5G is a great option to future-proof, but comes at a much greater cost). By doing this you will be committing to a monthly data bill, which if your budget allows is a great way to connect to the internet on the go. If you're on a tighter budget a Wi-Fi only model will save you a lot of money and will just require you to connect to a Wi-Fi hotspot when you are outside your home, which is available in most places. If you're wanting the latest Wi-Fi experience, consider the fast, reliable 802.11ax standard.

If running the latest apps and games smoothly is important to your needs, a high spec processor is recommended. In general, the higher the GHz, the better, although there are exceptions. If you are wanting to use your tablet as a laptop replacement and intend to run resource intensive applications, you might want to consider those tablets with the latest Intel processors such as the i5 or i7. For typical users, iPads have a particularly good reputation for providing decent performance. In terms of RAM, at least 4GB is recommended although some entry level models will have less than this. The more RAM a tablet has the more responsive the tablet's performance will be when using multiple apps or multitasking.

Check out the wide variety of tablets available today.