AMD have just revealed some of their upcoming 5000 series Ryzen CPU options, which are set to release globally on November 5th. (Which could mean November 6th here in New Zealand)

CEO Lisa Su took to the stage, along with a host of AMD experts Mark Papermaster and Robert Hallock, to reveal the new Ryzen CPU products. What followed was an explanation of what AMD wanted and have achieved with their Ryzen CPU series, and a series of performance demonstrations with some potent performance uplifts shown, using their own 3900XT to showcase the performance increase offered by the 5900X - showing an FPS increases in a range of games, even when compared to the flagship Intel i9-10900K. 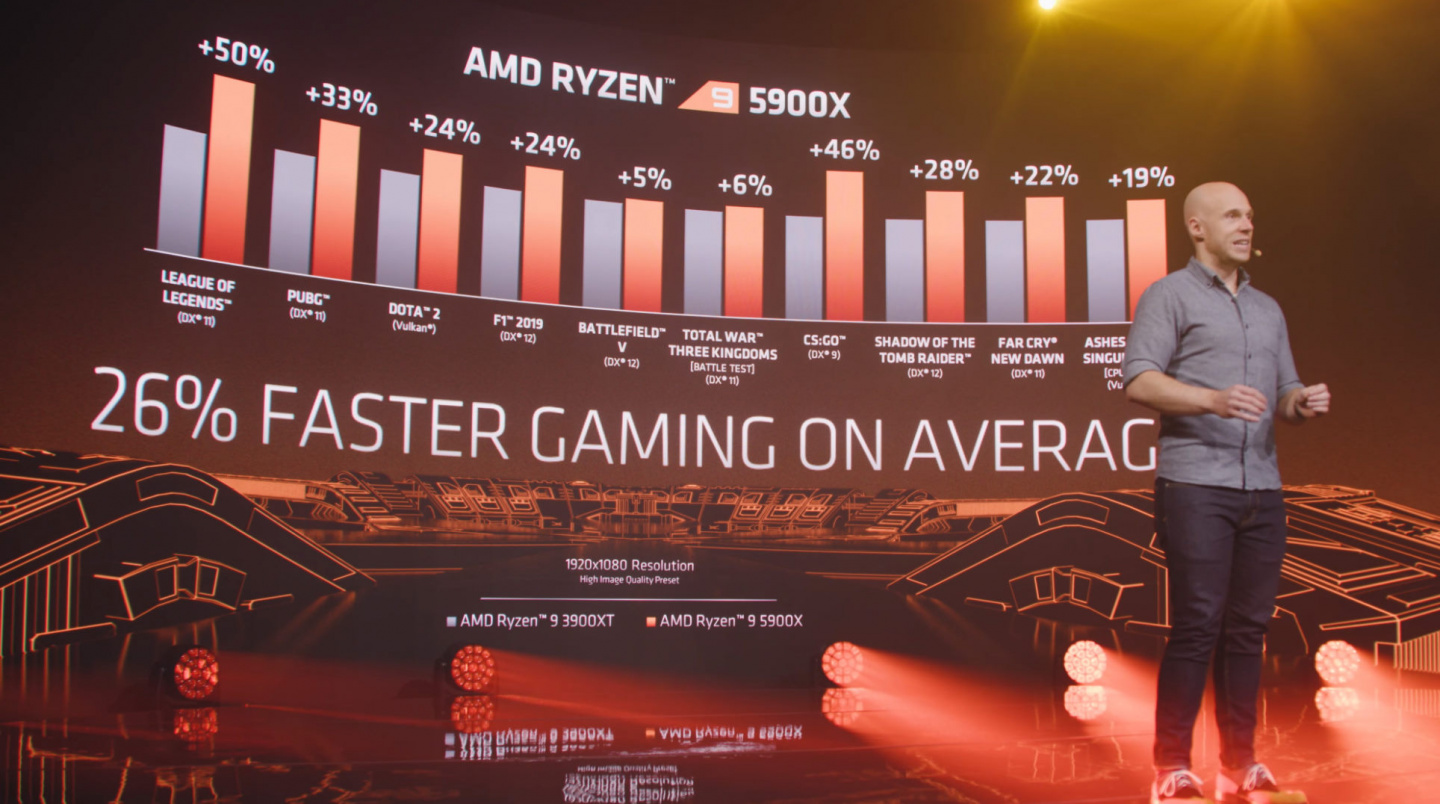 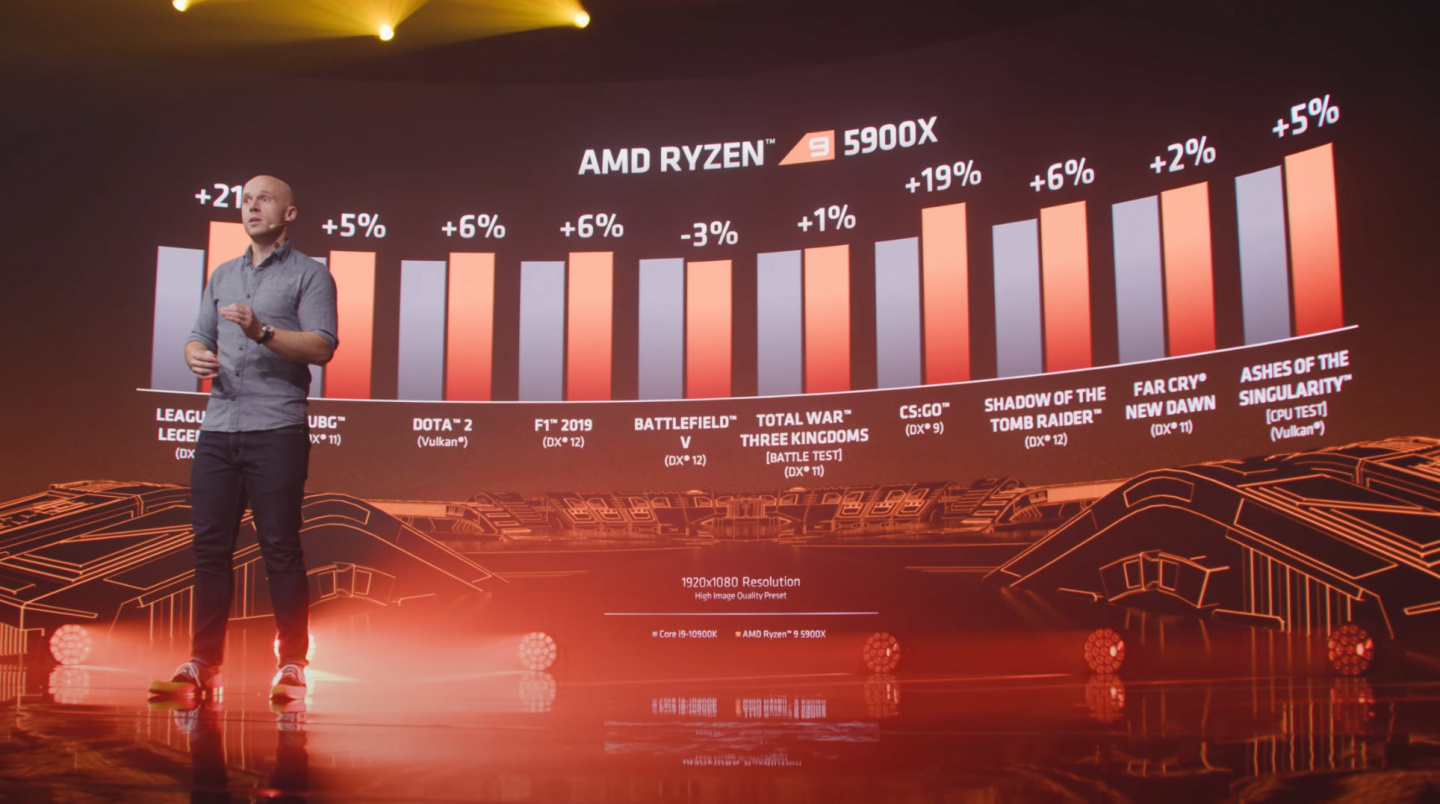 Then AMD took on the current Intel flagship i9-10900K

It’s amazing to see a CPU increase performance by this much, especially as this is an in-socket upgrade, using a current gen motherboard.

With a November 5th global release date now set for Ryzen 5000 series, we look forward to the next AMD event coming October 28th (Here in NZ, likely the 29th), during which we hope to see more on the new Radeon RX 6000 graphics cards, which was shown, well, more like teased, at the very end of this presentation too.

Watch the full presentation in the AMD YouTube video below, and check your eyes on the AMD Store for the latest!

Hi, any idea when the pre-orders will be live...?

Would love to know if I can pre-order a CPU, are you guys going to offer that possibility or is it just first in first served on the 6th?

Any update on NZ pricing and release time?

At around the same time as these CPUs Asus will be launching the Crossfire VIII Dark Hero X570 motherboard to support them out of the box. It would be great to find out a release date on this new motherboard as well as pricing once you know. Thanks team!

Hi Paul, the Dark Hero ETA is still being confirmed, but once that's all done the product listing will be = https://www.pbtech.co.nz/product/MBDASU25718

Would love to put my name forward on a pre-order list whenever the Team are able.

HELP - Want to build a PC based on theses new CPU's but all x570 motherboards need a BIOS upgrade (AGESA 1.0.8.0) to be compatible with Zen 3, I'm guessing none of the x570 boards at PB-Tech have this BIOS yet, as was released only a few months ago, if I buy x570 board & Zen 3 CPU next month from PB-Tech how can i get them to boot out of the box? (I don't have any old AMD CPU's) UPDATE : Has just being informed by PB-TECH this morning that all stock motherboards will be updated to latest BIOS, 1 to 2 weeks before Zen 3 CPU's are released. Also thanks for the comments below. :)

Buy one with a bios flash feature. Theyre usually in-built. Plug in USB with new bios. There is a button on the rear I/O for BIOS flash; hit it and it will run..... Mobo manufacturers already lonnnnng thought of this problem....

PB Tech quoted me $50+gst to do a bios upgrade a while back.

Im sure you can find a nice person to upgrade it for you.

It'd be good if there was actually a reasonable amount of stock on launch day. Not more of the 1-3 month wait nonsense. 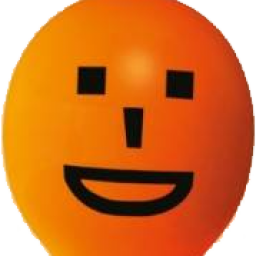 Do you have an estimation of when pbtech pricing for these cpus will be out?

Hi Daniel, right now my working date for NZ release is 5th November. I've asked for confirmations around pre-orders + time zone and will be quick to share any news.