Is there a reason to buy a hybrid PC over a laptop?

The launch of Windows 8 in 2012 brought about a tectonic shift in the way manufacturers actually approach PC design. With the touch-based operating system that relied on tiles and gestures for navigation, it was clear that computer hardware would have to change.

As a result, many manufacturers released a range of new 'hybrid' PCs that sought to revolutionise how we use computers.

Given hybrid PCs are largely a new category, there are a substantial number of new devices - some of which offer real benefits.

Let's explore some of the best hybrid PCs that followed Windows 8.

ASUS is a company renowned for tackling a range of different form factors, but the Transformer Book T100TA is one of the more restrained devices.

It's essentially a small laptop, but the screen can be detached and users are then able to use it as a tablet. It's certainly an excellent option for those who need both portability and practicality.

The best part of this device? It runs full Windows, meaning users can access legacy programs such as Microsoft Word and other pieces of software.

The Surface line could be called the flagship of Windows 8 devices, given the powerful specifications, unmatched build quality and useful range of accessories.

There have been two hardware revisions following the launch of the original device, and this third generation is the best yet.

Users can take advantage of a high resolution display, capable processor and keyboard attachments. It's also running the full version of Windows 8.

The final device on our list is perhaps one of the most flexible PCs ever created - the ThinkPad Yoga 11e. It looks just like a standard laptop, but the hinge allows it to fold right back around.

This means you've got access to a device that's usable in a number of situations, whether as a standard laptop or a tablet.

Looking ahead - Windows 10 on the horizon

With Windows 10 just around the corner (set for a launch next year), there's no telling exactly what form PC hardware will take. What little has been shown points to a system more similar in appearance to Windows 7, but still containing touch elements.

For buyers looking for new PC hardware now, a hybrid device is certainly a capable option that's sure to deliver a number of useful features.

Everything you need to work remotely 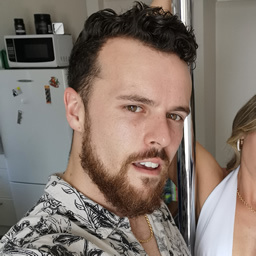