44% of New Zealanders use iOS, so the major changes coming to Apple’s operating system with iOS 16 should have a lot of us pretty excited! This will be Apple's biggest iPhone software update of the year, and maybe even in the last few. It features some big improvements to iMessage, Mail, and Apple Maps, and will offer the biggest change to the look of your iPhone's lock screen since 2014.

So far Apple has only said that it will release in America’s autumn, but going off past behaviour, it would make sense for it to be sometime in September 2022 after their annual iPhone event. This could coincide with the release of the hotly anticipated iPhone 14 (maybe featuring a USB C charging port?). iOS 16 is currently out on developer beta, but a release for public beta testers is looking likely to come in July. The oldest phone iOS 16 will support is the iPhone 8, so if any of these features excite you enough to want to upgrade, check out PB Tech’s iPhone range here.

Check out the video below if you want to learn about all the features, or read on for a breakdown of what has us at PB excited.

I think this is the feature I’m most excited about, and it seems like a common sentiment. We are finally going to be able to customise our lock screens so that we can choose what information and aesthetic we see every time we look at our phones. This will be especially noticeable with the rumoured always-on-screen we may see on the iPhone 14 Pros. Some of these changes are looking a bit like what Google is doing with Android currently, but we can have confidence Apple will execute this to a high level. 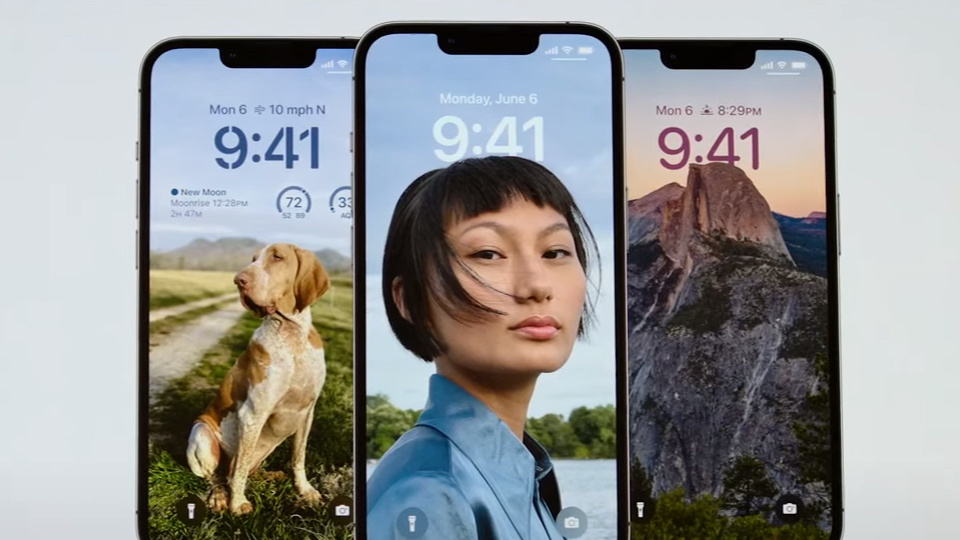 You'll be able to change your clock's font and colour, as well as a whole host more.

We’ll now be able to edit the clock's font and colour, adjust the placement of pictures, try out different styles, and change a range of elements. We’ll now be able to create multiple lock screen styles, kind of similar to an Apple Watch, and also link these to your different focus modes. Or choose from premade themes, like weather or astronomy. 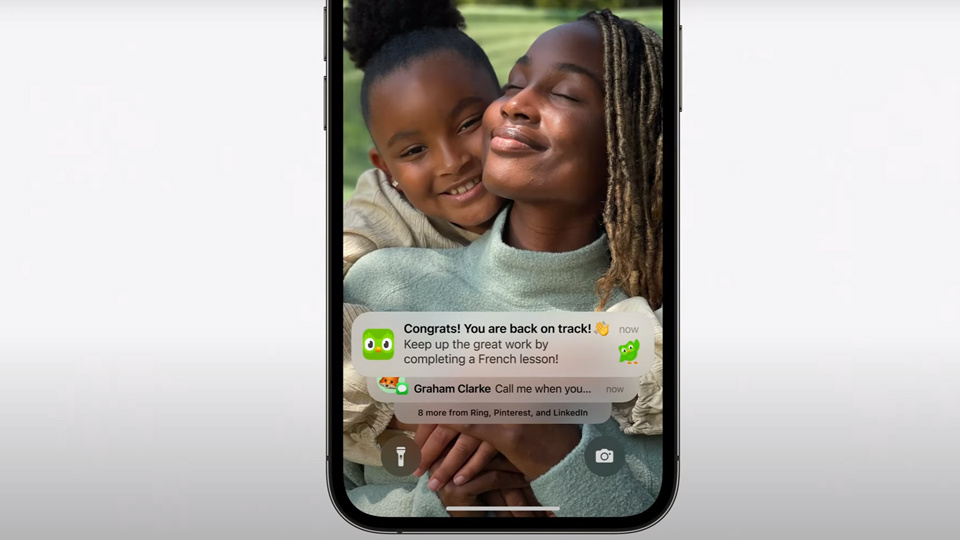 Notifications will arrive from the bottom of the screen now. Live Activities will show be a single notification that updates in real-time.

Notifications are having an overhaul too. They’ll now roll in from the bottom of the screen, keeping your pretty wallpaper less covered. iOS 16 is introducing something called Live Activities too that will minimise the number of notifications rolling in. Your sports app or Uber will just have one notification that updates live for example.

Messages will also face a pretty big change, you can now edit and undo messages! SharePlay is also being introduced to Messages as well as the ability to mark message threads as unread. There is also an update to Dication, this will allow you to seamlessly switch between voice and typing.

"You'll be able to edit and undo text messages in iOS 16."

Focus was a nifty feature added in iOS 15, it allowed you to block unwanted notifications and distractions so you could concentrate on your work or play. It seems like this will be a key point in iOS 16. Focus will now extend to your ock screen. We’ll be able to create custom lock screens tied to your different focus modes, allowing you to customise what widgets or wallpaper for instance are displayed when you’re at work vs when you’re at home. Changing between these Focus modes will be simple, just swiping on your home screen. 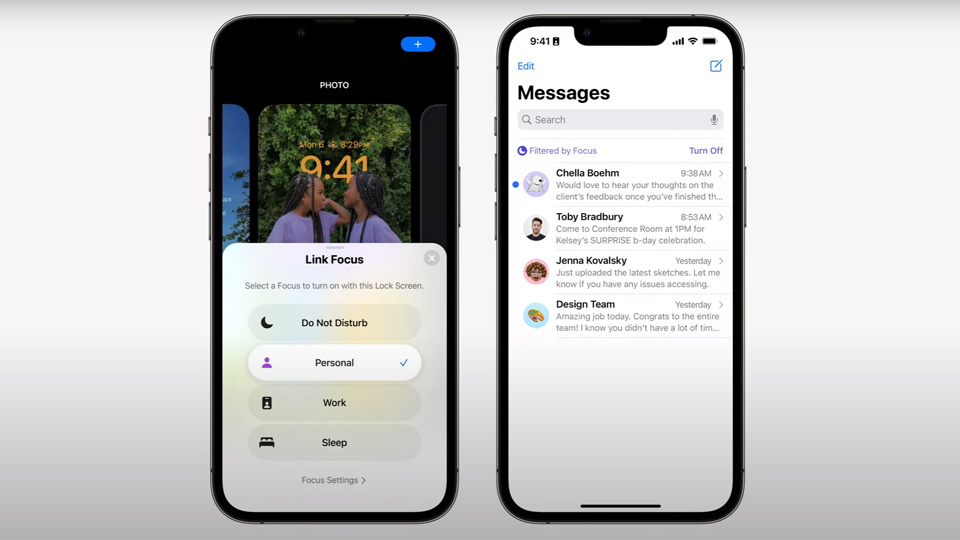 Choose which notifications you'll be able to receive in different Focus modes.

Live Text is getting an update that will now you to pull text straight from a video, you’ll be able to pause on any frame and highlight the text you want. This Live Text also works in Translate, which will let you highlight foreign text.

Visual Lookup will let you highlight subjects and look them up, in iOS 16 this feature will be further enhanced. Notably, you'll now be able to copy and paste the subject, the example Apple used was creating a cutout of a French bulldog from a photo and then dragging and dropping that into the text field of a message.

Family Sharing has been a feature for a while now, but it’s getting even more enhancements. You’ll be able to quickly set up your kid's new phone with the Quick Start option, which will apply existing settings to a new phone. What will come in even more clutch, is the ability to approve or deny requests for more screentime straight from Messages rather than delving into the settings. 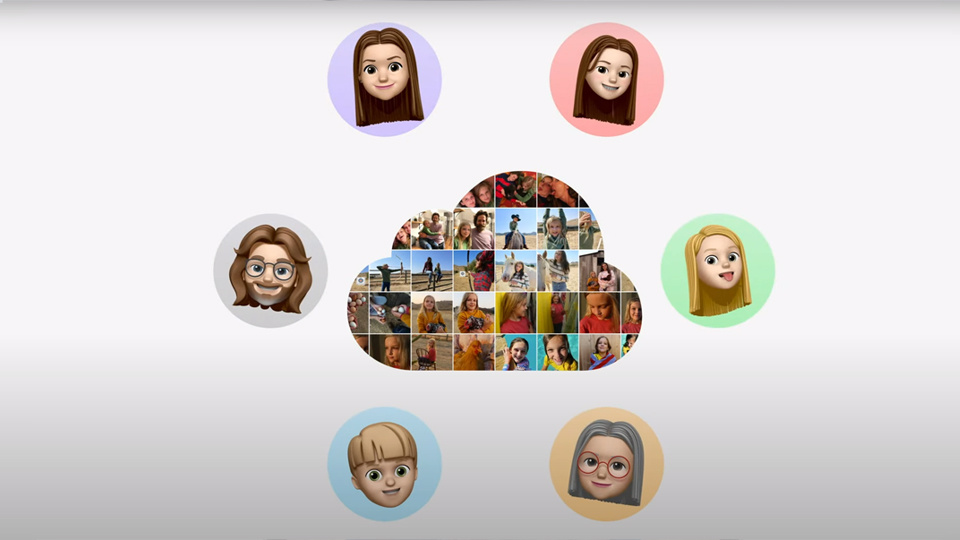 Create a collaborative shared album with up to 5 other people. 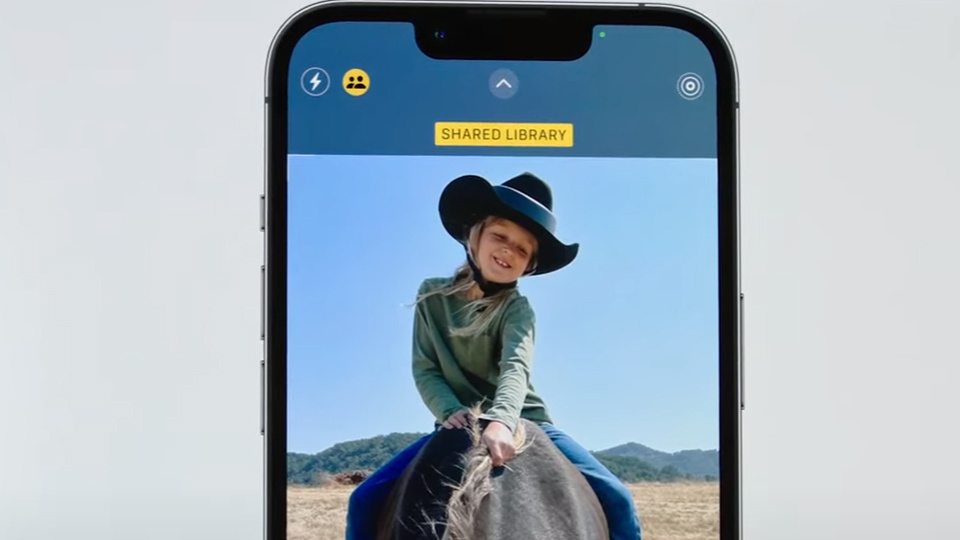 Easily choose whether photos will go to a shared album or not from the camera.

It’s going to become much more convenient to share photos with friends and family now. A new feature called iCloud Shared Photo Library will function in a similar way to Google Photos. Basically, you’ll be able to create a collaborative photo album with up to five other people.

You can choose if you want to share just some of your photos or all of them, and this can be accessed through a new sharing shortcut in the Camera app.

It can be challenging for victims of domestic abuse to extract themselves from their situation, Apple has aimed to help make their lives a little bit easier. Safety Check will allow these victims to easily revoke other people's access to their account, such as removing app permissions or app sharing. This app can also reset all privacy permissions and will protect access to messages.

Maps will now be able to add up to fifteen stops on your route and will allow you to navigate through multiple points easily. You can add more stops on the go with Siri, or create your route on a Mac and send it to your iPhone when you’re good to go.

Some of the more interesting features look like they won’t be available in NZ, such as the 3D cities and the ability to see public transport fares for your route.

These are some of the features we’re most excited about at PB. We’d love to hear if we’ve missed any that you’re holding it out for in the comments below! If you need a new iPhone in preparation for iOS 16, or if you’re eagerly anticipating the iPhone 14, make sure to keep checking out the Apple Brand page. If you’re after something with fewer smart capabilities, or Android is more your speed, check out the full range of phones at PB Tech!