It's very exciting times for PC builders in New Zealand today with the latest 11th Gen Intel Desktop CPU options now available! This latest generation of Intel CPU is intended for use with the new B560 & Z590 motherboard options which are also available now.

The new Intel 11th Gen CPU series is a good one for many reasons, amongst which a popular one is because when an 11th Gen CPU is paired with certain new 500 series motherboard options, it enables some very very fast PCIe 4.0 storage options to be used as well, and that means a bunch of powerful new PC builds are incoming, packed with fast storage, faster RAM and beautiful new AiO Water Cooling kits inside too!

- 11th Gen Intel CPU work best with new B560 and Z590 Series Motherboards, you can also use them with 400 series motherboards but make sure you check for BIOS updates first.
- The existing CPU Socket LGA1200 is compatible with Socket LGA1151 CPU Coolers
- For overclocking, combine a Z590 Motherboard with an Intel 11th Gen 'K' or 'KF' unlocked CPU
- The new go-to RAM speed is 3200MHz (11th Gen will still support 2933MHz RAM as well)

let's take a quick look at the new CPU range that's available for pre-order in NZ today, and then jump in and take a closer look at all the exciting new motherboards too. 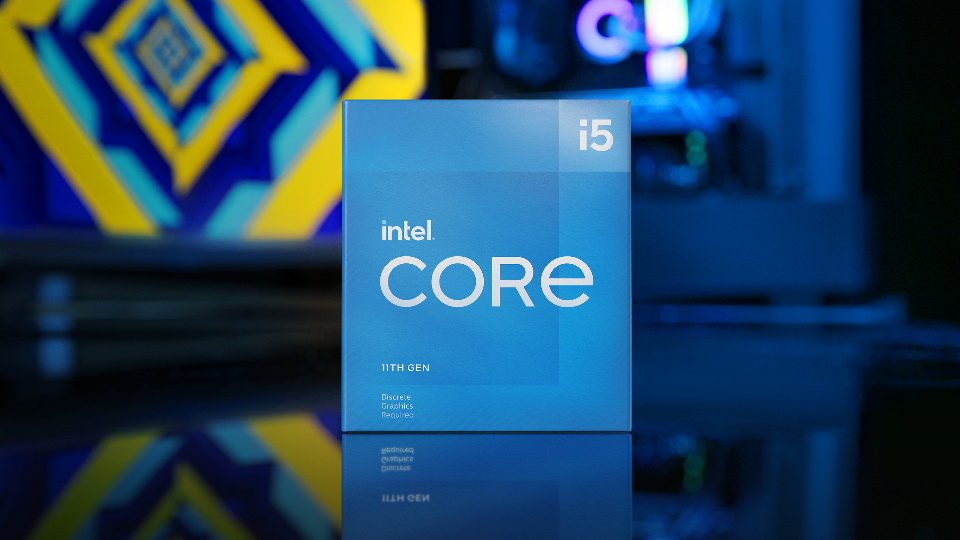 The 'KF' on this i7 11th Gen indicates that the CPU does not have graphics integrated, and that it's unlocked for overclocking Offering the best price/performance for highest end gaming PC, the 11th Gen i9-11900KF is capable of pushing out 5.3GHz and beyond!

Starting with the essentials, the Intel 11th Gen is looking to be the most powerful generation of Intel mainstream desktop processors to date. So if you are a gamer looking for an uncompromised experience in-game, along with the performance headroom for smooth live streaming or on-the-fly highlights recording and editing, this new generation of Intel CPU are a part of the system you'll be wanting.

Kicking things off with the top tier in the Intel 11th Gen unlocked "K" series we have the exceptional i9-11900K - which is expected to be the most popular of the i9 options for new gaming PC builds. The performance provided by this beastly unlocked CPU is amongst the best in the world, as you would expect, but being a "K" unlocked version you'll need to add an aftermarket cooling solution, and also use the (Z)590 series motherboard to get the most out of all their fancy overclocking features. Comparing to the current i9-10900K the i9-11900K is sporting less cores (now 8, down from 10) and threads (now 16, down from 20).

The most affordable option in the unlocked "K" series of 11th Gen CPU looks to be the new i5-11600KF with 6 cores and 12 threads of processing goodness inside. Just as the "K" symbolises the unlocked potential of the CPU the "F" marks the removal of the integrated graphics (which we don't use in gaming rigs anyway) so the price is excellent! For a high end gamer on a budget, this is likely going to be the go-to CPU to use now.

Of course, we're not all into overclocking and Intel know this, so don't feel like need to go 'K' series to enjoy the new intel 11th gen range, there are awesome options in the range such as the i5-11400F , i7-11700F & i9-11900F which also feature Intel's Turbo Boost features - making them a super exciting option for value gaming PC builds too!

As we mentioned above, with the new Z590 series and an Intel 11th Gen 'K' or 'KF' CPU you can OC compatible ram easily to enjoy faster speeds, and this is much easier than overlocking a CPU or GPU thanks to Intel Extreme Memory Profiles (XMP).

In order to use XMP the RAM must adhere to standard speeds set by Joint Electron Device Engineering Council (JEDEC). So even if you buy RAM advertised at 3200MHz, it won't be able to run at those speeds unless you insert it into a motherboard that's ready for it.

And, even if you do have an awesome motherboard such as a new Intel Z590, it won’t immediately run at those advertised speeds, but it's super easy thanks to those XMP profiles that are within the RAM sticks, ready to go.

Your motherboard BIOS can read these profiles and will populate with the settings/optimal timings chosen by your RAM’s manufacturer, so sticking with the biggest and best brands in the world (such as G.Skill, Kingston HyperX, Corsair or Crucial Memory) is a good way to ensure a smooth process!

Motherboards wise there are two new options to choose from, and which one you should buy largely depends on your choosen CPU.

Now that a large range of Intel motherboards are available we an array of great looking options from Asus/ROG, Gigabyte/AORUS and MSi all ready to go with the new 11th Gen Intel CPU, so let's see what the various sizes offer. You can shop the full range of options in the massive Intel Desktop Motherboard category, we'll continue on taking a closer look at three different sized Intel 500 series motherboard options - ATX, mATX and iTX.

The VISION Series of products from Gigabyte are very new, making their debut with the recent Nvidia RTX 30 series. Popular with good reason, they feature a uniquely beautiful design and specifications that often suit content creators, with a plentiful I/O. Looking at the Gigabyte VISION Z590i iTX Motherboard we see powerful external outputs such as the Intel 2.5G LAN, and internal support for the latest gen PCIe 4.0 M.2 NVMe SSD. For most content creators, having high bandwidth storage and high performance graphics card is required to do the job as quickly as possible.

This is especially true for 3D rendering and working with high resolution files. To support most cutting edge devices, this motherboard supports a variety of PCIe 4.0 devices. The adoption of Intel 2.5G LAN provides up to 2.5GbE network connectivity, with at least 2x faster transfer speeds compared to general 1GbE networking. It gives an immediate boost to overall network performance and improves the bandwidth required at large file transfers, video editing, and performance workloads. This Z590i is perfect for building a small PC, even with the most powerful Intel 11th Gen CPU options 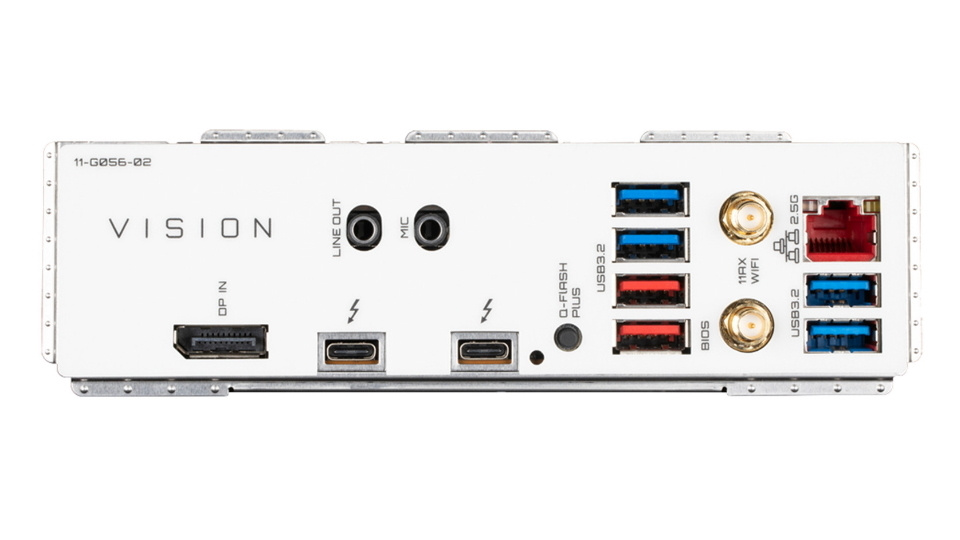 The rear IO has super speed Type C ports, along with fast WiFi 6 and 2.5G ethernet To ensure the best performance possible in the very small ITX form factor, Gigabyte has designed a highly effective cooling solution that's suitable for heavy graphic design workloads, the Gigabyte VISION Z590i features an extended heatsink and a newly designed rectangle heatsink that fully covers the VRM area. This, along with the multi-Layered PCH/M.2 heatsink and thermal baseplate allows users to enjoy that perfect balance between performance and glorious good looks.

Next up we have the slightly larger (but still rather small) mATX option named the Gigabyte DS3H G560M - with a darker UD style that we love. Although subtle in comparison to the model above, this B560M doesn't skimp on features and it's perfect for using with Intel 11th Gen CPU that do not have a 'K' in their name. The Gigbayte Ultra Durable range has been a favourite amongst PC builders for many years, and this latest version sports a similiar design It's a great motherboard to use wiht 11th gen CPU options that include Intel integrated graphics, with DVI, HDMI, and Displayport options 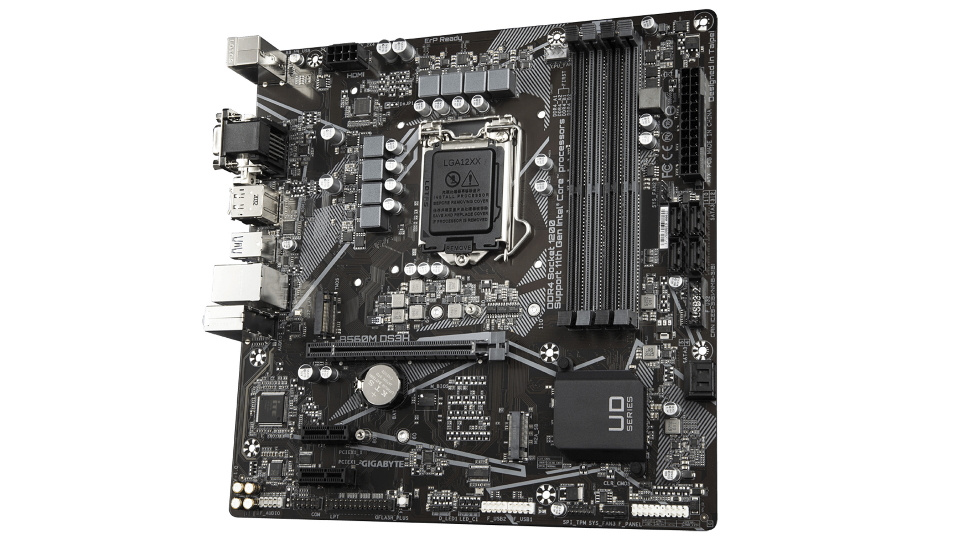 This motheboard supports massive RAM configurations, up to 32GB per DIMM for a total of 128GB!

Finishing up with a full sized ATX option we have this mighty looking Z590 AORUS MASTER and it's starting to look very serious indeed - reinforced PCIe slots support large heavy graphics cards, M.2 slots sporting massive heatsinks for your storage too! The previous MASTER series soared to new heights as one of the top selling gaming boards in NZ, and we're excited to see if the trend continues on - which is probably will thanks to a great looking design that's super powerful! 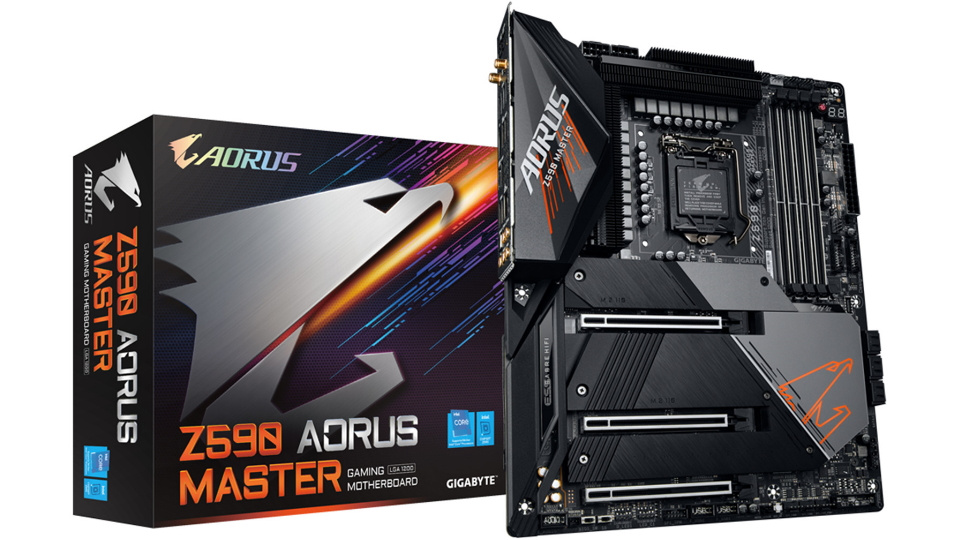 Although performance driven, the Gigabyte Z590 AORUS MASTER looks beautiful with a large armour-like plate which acts as a heatsink for the M.2 storage slots too!

The Gigabyte AORUS MASTER Z590 offers us support for absolutely incredible memory speeds, it's a tested and proven platform that ensures proper compatibility with DDR4 profiles up to 5000MHz and beyond. All users need to do to attain this performance boost is to ensure that their memory module is XMP capable and that the XMP function is activated and enabled on their AORUS motherboard. 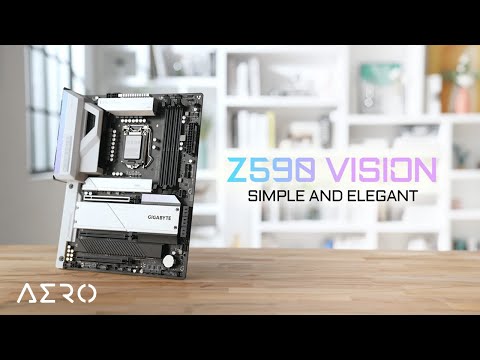 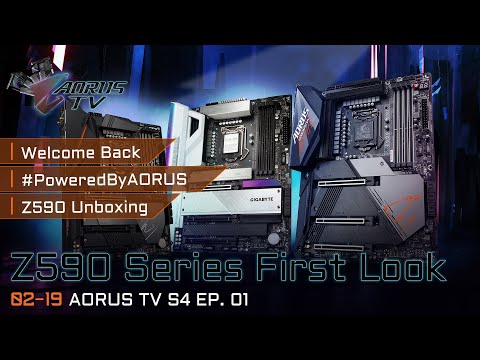 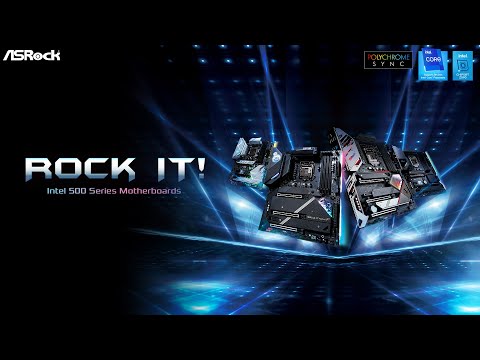