Peace on Earth with the Bose 700 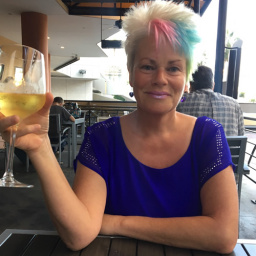 It’s that time of the year again and peace on earth is a highly desirable state - if only I could find it somehow! While chatting with a friend about how much noise we live in, (ok, I was whining) he identified what could be a miracle and it’s the time of year for those as well.

So given that I don’t really do Christmas pressies, I’ve made the executive decision to rethink that status after Adam patiently listened to my moaning, then helped me identify the perfect Christmas gift from me to me - and quite possibly one which could save me from a jail term…

Living as I do, on the edge of a park, I’m subjected to a constant cacophony of noise from barking dogs, barking mad dog owners, screaming children and don’t even get me started on the cricketers. The earsplitting cheering from a tiny cricket team who seem to think they’re competing in a World Cup Series is seriously disturbing on every level. Not to mention incessant woofing and people yelling for Rover to “come here” often have me at breaking point and considering numerous impractical and frequently illegal solutions.

The only way to cope for me, is to counter-attack with my own noise – initially I tried a powerful Bluetooth speaker, but it definitely didn’t prove to be man enough for the job. And this is where my new relationship with my Bose Noise Canceling headphones has saved me from a tenure behind bars. 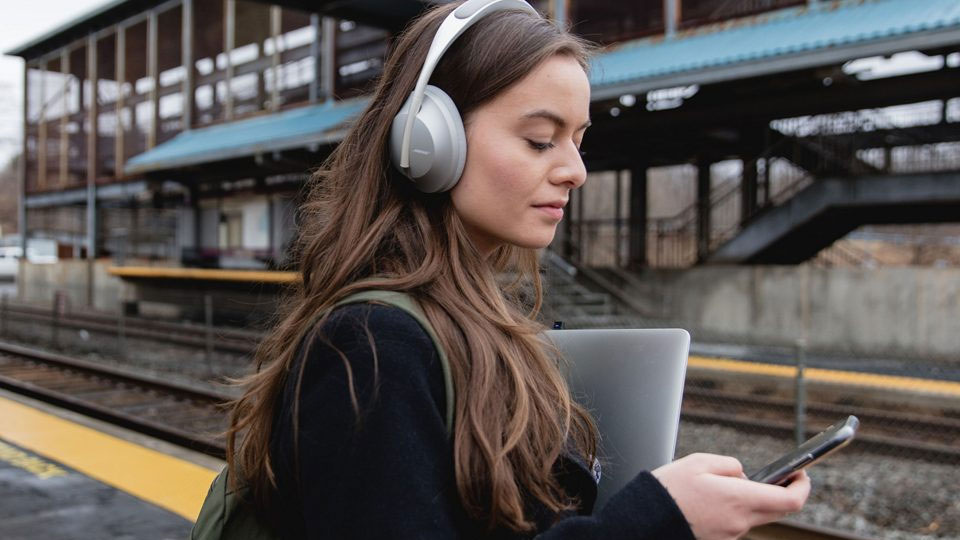 Connecting wirelessly to your devices is simple and reliable. Bose Headphones 700 deliver up to 20 hours of wireless play time on a single charge. Nothing comes between you and your music.

They’re easy to set up and connect – Bose has an app which you can download from either the App Store or Google Play and it pretty much walks you through without a hitch. There are a number of customisable options which allow you to set it all up to suit you best including a kind of basic equaliser to let you tailor your music tastes a little. The design of the cans themselves is pretty sleek, easy to adjust with a smooth slide and the cups still rotate about ninety degrees so you can hang them around your neck when you’re not using them. My gut feeling was that because they don’t have hinges for folding, I would be more inclined to keep them in the hardshell case for safety. Battery life is suggested at around 20 hours and I found this pretty accurate.

Without a doubt these babies do a fantastic job, both at deadening or fully eliminating certain noise. Interestingly, as I live at the top of what is a natural ampitheatre with the park at the bottom of it, the noise travels upwards and echoes all around. Tonight, with two lovely Council weed-eating guys going full ham around the park, these incredible headphones took the noise level down to a vague buzz which you’d kind of expect to hear from a street away instead of the insane high-frequency buzz of a million angry bees. The difference between headphones off and headphones on was impressive indeed! Life became so easily manageable right at that moment of putting them on, and with a quick press of the power button instead of any long hold, that was also a blessing for those in a hurry to dive in or out of can-land.

Two out of the 3 buttons on the phones don’t have icons or labels but given that our peripheral vision doesn’t allow us to see the side of our ears, I can’t see it mattering hugely. The power button / pairing button has a tiny (needed my specs on to see it) Bluetooth icon so it’s easy to turn them on. As far as operating music-wise, there are no playback buttons and instead you’ve got a very cool touch-sensitive pad on the right ear. Swipe up or down and you’ve got volume control, swipe left and right and you’ve got track control. Better still, it’s a double tap to pause, instead of the old “gonna scratch my ear” single tap leaving you high and dry without sounds. On your left ear you have a lone button with a little magic for the lazies – one push and it stops noise cancelling and lets you connect with the outside world if you can’t be bothered taking your headphones off, one more push and you’re back to your zone.

Although doing a superb job, either almost completely removing sound or thoroughly minimising it, I do find that they tend to weigh a little heavily on my head after wearing them for any long period of time despite the rubberised cushioning, adding a little more weight to the baggage I already lug through life. I would mention also that they’re pretty warm and somewhat sweaty around the old earholes after a while… or then again that could just be me and my questionable age and stage! One last thing which could be a bit of a make or break for some – as I was chillin’ to my music, I happened to be reading a book at the same time and had on my ever faithful reading goggles. These headphones were a tad too sleek to comfortably share the space with the arms of my specs and I ended up having to toss-up between the extra eyesight, or the happy ears. For those of you that wear glasses permanently, you may find that these phones are just too tight-fitting to be comfy.

I find the sound they bring is simply awesome. Cruising along my deck with my favourite (not!) cricketers cheering down below; I was able to leave their ghastly stridency behind as I was serenaded by the Killers with pure and crystal clear music. And no… there is no connection that I happened to be listening to anything relating to death and murder and cricketers. Really.

Apart from being a tad weighty after a long time, they’re pretty swishy and squishy, fully adjustable for even a Hagrid-sized head, easy to use and while not waterproof, they’re water-resistant so could withstand a tiny bit of dancing in the rain. I would rate them for students, travelers, in fact basically, anyone who needs to find their zen in the increasingly noisy world we inhabit.

So…I’m heading back out to the deck now for a Dance Monkey date with Tones & I, a strong black coffee and my new best friends…Bose Noise Cancelling headphones.

Representing the ageing boomers who still want to conquer the interweb before they shuffle off their mortal coil! Love/hate relationship with technology but fiercely determined to utilize it in my everyday life. Passionate about the written word, good Chardonnay, Vintage Barbie collector and newly converted avid gardener but sadly missing the prerequisite green thumb.

Airpods 3rd Gen vs 2nd Gen: Worth the upgrade?