UPDATE: The AMD Radeon RX 6800 and RX 6800 XT are available for order now. (Product pages will update as ETA advice comes in)

New AMD Radeon 6000 series graphics cards were recently announced in an awesome AMD launch event, with the release date being shown as the 18th November for USA, that's the 19th at 3am here in New Zealand. It's important to note the core range of RX 6800 XT graphics cards don't actually get released until the 26th though.

Right now, the timeline is as follows;

So what's the difference? Bandwidth and clock speeds change between the RX 6800 and XT versions, and there are also some small changes to the physical design, so let's take a look at the reference cooler design(s) first, then jump into some awesome aftermarket versions to compare. 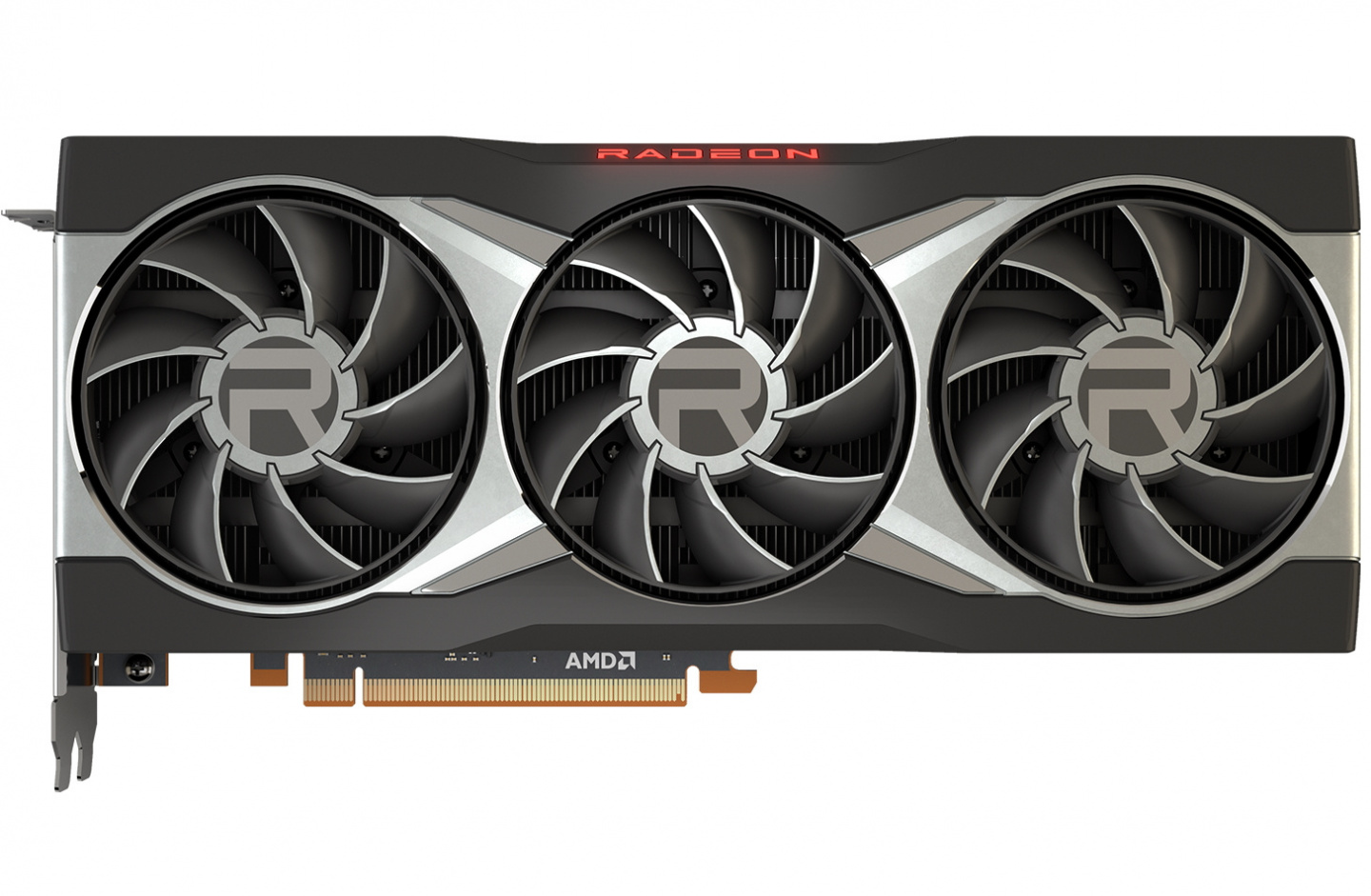 The XT version looks similar, but there are noticeable changes to the shroud 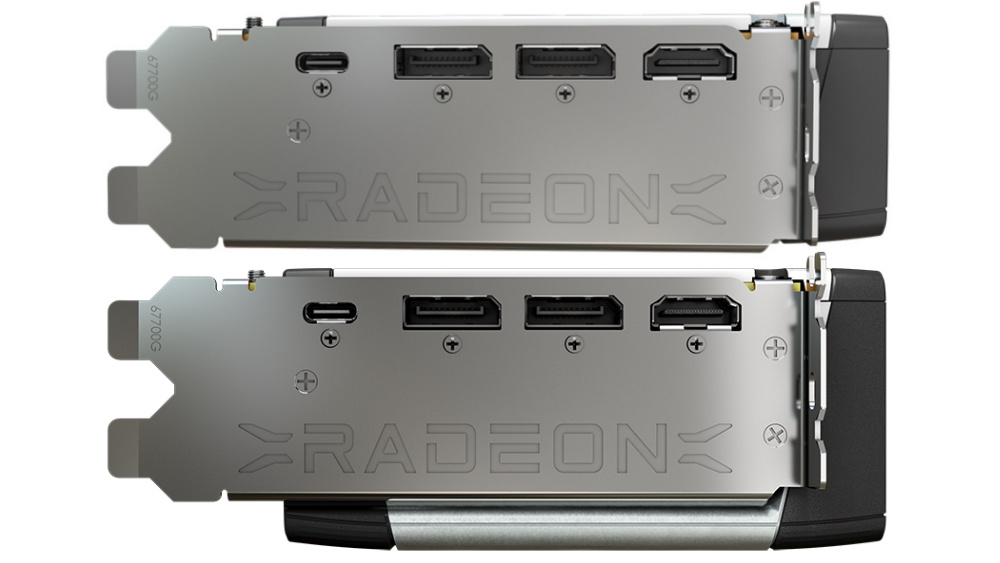 Moving onto the Aftermarket cooler designs which and sceduled to become available for order on the 26th November at 3am, and starting off with Sapphire, who are AMD's only exclusive partner (SapphireTech do not do Nvidia Graphics Cards) we can see some massive changes to cooler shroud and backplate, adding to the build quality and while introducing some additional customisable flare though the use of aRGB lighting. 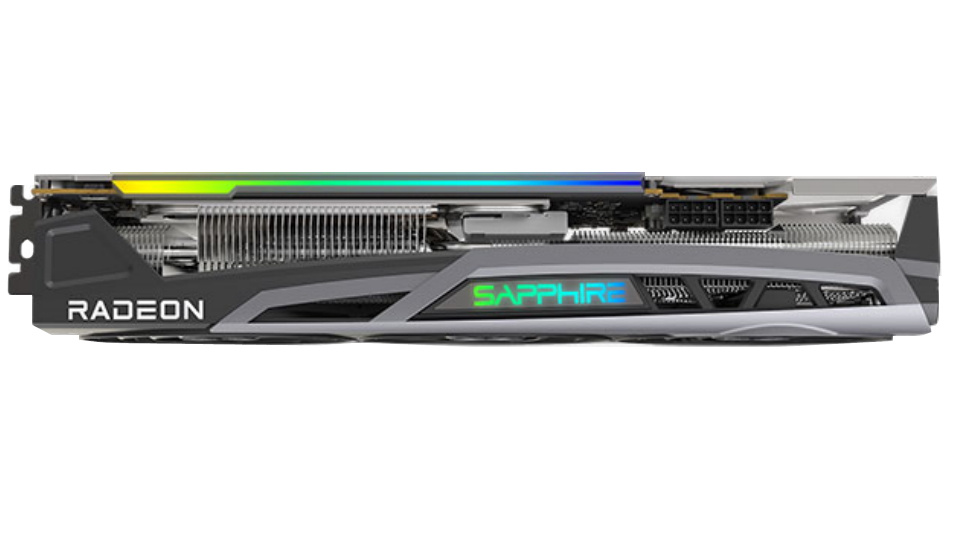 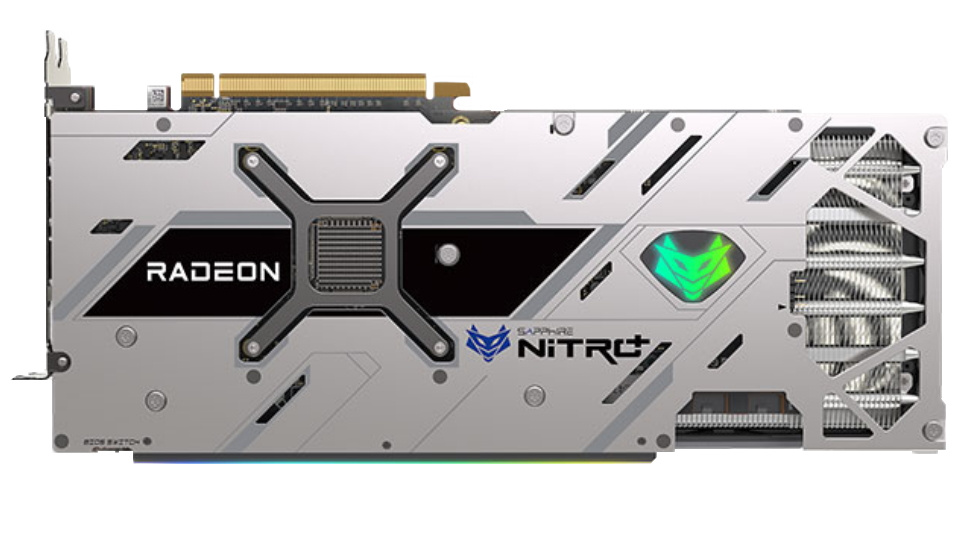 The NITRO+ RX 6800 XT backplate is seriously cool, with cutouts and aRGB

The RGB lighting on the NITRO+ series is addressable, with multiple colours, modes and effects available to customise though the software suite named TriXX. This software can also be used to tune your RX 6800 graphics card, adjusting boost clocks, fan curves and more.

ASUS engineers have been hard at work developing their new custom coolers, a lot of which we've already seen on the Nvidia RTX 30 series, but for the RX 6800 XT they've gone above and beyond, revealing an AiO water cooled option too!

Via Asus: The Radeon RX 6800 XT is one of the most powerful GPUs that AMD has ever built. As we began to sketch out the ROG Strix version of the RX 6800 XT, its raw power spurred our engineers to build a cooling system that could unleash its full potential. During this process, our thoughts naturally turned to liquid cooling. PC enthusiasts the world over are already familiar with the benefits of all-in-one liquid cooling systems for their CPUs, and many of them have even added similar systems to their graphics cards using aftermarket kits to pursue the outer limits of GPU performance.

Although excessively awesome, with that 240mm radiator this new GPU option will still enjoy compatibility with the mounting points available in the majority of today's Gaming PC cases.

In addition to the exciting water-cooled option, Asus have also revealed their latest ROG Strix and TUF cooler design will also be available for the AMD Radeon 6000 series, and those look awesome too, turning up the RGB to new levels. 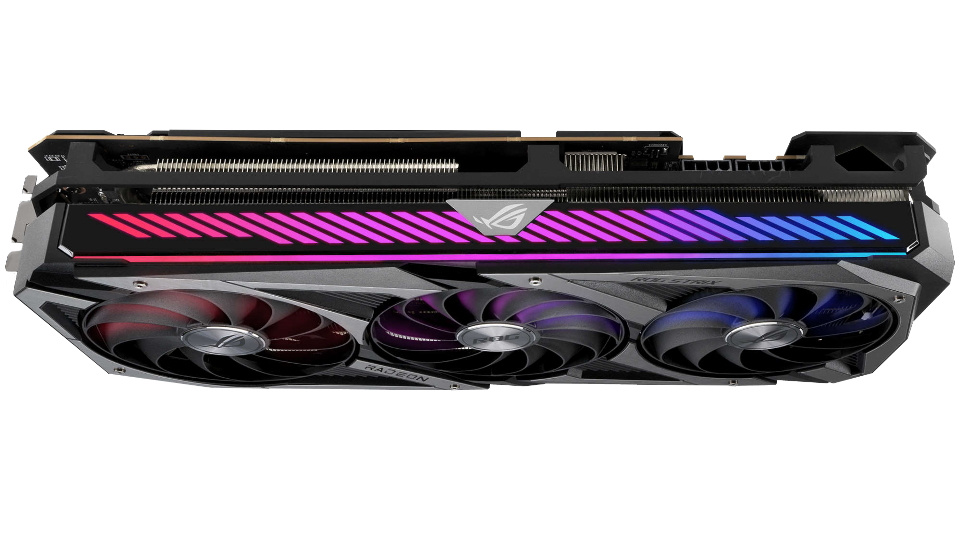 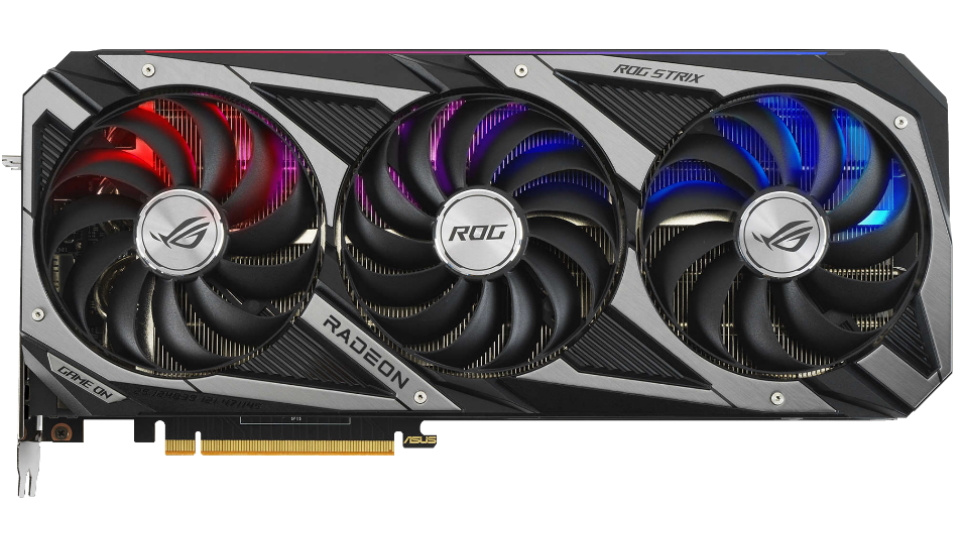 Looking closely, we can see the Radeon badge is placed just under the center fan

The cooling design ROG Strix RX 6800 cards is large, with a 2.9-slot form factor. The central fan rotates clockwise while the two on the flanks spin counter-clockwise to reduce turbulence, much like the Gigabyte Gaming OC cooler design, which we're excitedly waiting to see more of!

The RX 6800 (XT) Reference Cooler Graphics Cards are set to release in New Zealand at 3am on the 19th (Early Thursday morning here in NZ), and the RX 6800 XT Aftermarket graphics version will become available for order on the 26th November at 3am.

Once officially released, all available AMD RX 6000 Series Graphics Card models will be available in the AMD Store - please know that there is limited stock for some models, with other releasing as pre-order.

Hoping for a better result this week.. I've got a new build 6 months in the making and all I need is this GPU...

Hey Ben? / PB, Worried about reference cards as I need waterblock support for my first custom loop but from what I hear ref cards will be super limited - is this right? Should I just go 3080 (when I can FFS)? Cheers, T.

I must be dreaming, i tried like everyone else at 3 am and all i got was the out of stock one second after they went in sale, now i just clicked on BPT website and there was a 6800 there for sale, so i brought it. And there is still another left. They are nearly as quick as the XT .

Lucky you.. I have seen this throughout the day on the Sapphire Model.. it was always at someone's basket.. just never got one myself. Unsure atm if this is bug or there is really stock coming and getting sold... I am leaning towards bug tbh as it was only this one I could see always.

I hope its not a bug, lol as they took my money . I did get email confirmation. Time will tell i guess . If not ill get my $ back.

Hope it's not bug for you mate.. and you do get this rare breed.. keep us posted.!

Me too, i have the 5800x sitting in a Asus hero viii motherboard with a watercooler. Just need another GPU to replace my 5600XT , was time to upgrade from my 3570K lol.

Turns out i am 16th in a pre-orderd que as they are still waiting on rest of shipment lol, might be December could be January, Unbelievable is all can say. Got offered a refund but will leave as us as i can always cancel if i get another card before then, thats if any are there for more than 1 second after next launch.

Sorry to hear man!! Let's hope for the AIBs

Think I might be in the same boat as you. This happened to me on Wednesday around mid day. Got my fingers crossed but am doubtful.

These AMD cards are pretty amazing performance wise, but their ray tracing ability is disappointing IMHO, but not unexpected.

Man glad everyone else is feeling the same haha, refreshing from 2.56am. Nothing but 'Out of Stock'. Can't wait to get my hands on one! replace my dog of a card Vii

I'm a real person and I got one, I think they did come up at 2:58 - 2:59. The number in stock ticked down super fast but if you were quick you could get one. It wasn't instant or anything like that. Only powercolor available it seems.

Oh nice one my guy! Hope it lives up to its expectations!!!

what do yous reckon would be a reasonable price for a 3070 here?

Hmmm.. I am pretty sure people are using the scalping robots to add to basket before they show up on the page else how on earth at 2.58AM I could see they are already in 7 persons basket.. How on earth before 3AM they could be in their basket.. LOL... I should have created mine..lol those guys had good 10-12mins to complete the purchase.. Was so weird too that only Powercolor showed to me and never Sapphire... I didn't had hide out of stock too. later Sapphire showed up but out of stock.

Same for me, I was refreshing from 02:53 or so - powercolor showed up earlyish but out of stock instantly then about 3:02/03 Sapphire (my preferred vendor) showed up randomly but also out of stock - was watching Steve (GN) at the time so took the sting off but effing tired at work.

Or the staff helped themselves before listing.

Haha! Well.... Could you blame them? I don't have many perks in my job but if that was one I would be all over it.

Pretty sure tomorrow or day after tomorrow gonna see them in FB or TradeMe Marketplace.. haha atleast a couple

Apparently there was only 14 in total?

Clicking 'refresh' since before 3am and 20 minutes later no stock available?

They were sold before 3AM and there were only about 9