Preloading for the new Star Wars combat flight sim, Squadrons, is available now via steam. This is just ahead of the games full release on October 2nd, 2020. Depending on when you read this, it may have already launched!

Star Wars: Squadrons was only announced recently, and was well received thanks to an affordable price ($49.99 NZD at the time of writing this), the promise of certain ship and pilot customisations not being a paid add-on, support for VR headsets and regular play on monitors too, which is pretty great for anyone who grew up with the likes of X-Wing and Tie Fighter back in the DOS days, and for those committed few a little later on, in the Star War Galaxies: Jump to Lightspeed expansion pack. 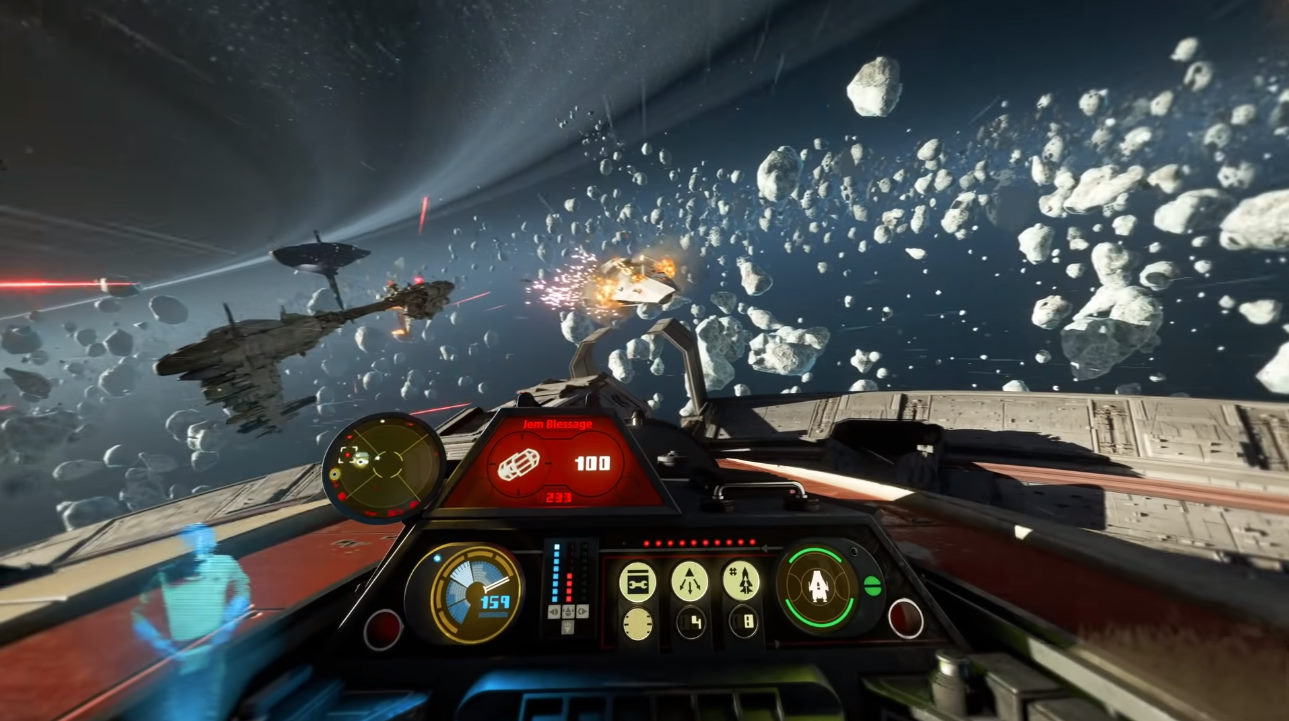 Set a few months after Star Wars Episode VI: Return of the Jedi, simulating the iconic space battles from Star Wars with incredible new 2020 graphics making the galactic battelground a vibrant feast for the eyes.

In the wake of the destruction of the Empire’s second Death Star, the Rebel Alliance has reformed into the New Republic. Despite their climactic victory over the forest moon of Endor, though, the war is not over.

Star Wars: Squadrons will have us flying in a war that continues on throughout the galaxy after the death of the Emperor. Unlike during the years of fighting during the Galactic Civil War leading up to this point, the Empire and the New Republic are much closer in power than they ever had been, allowing for more evenly matched, head-to-head combat across the stars.

The single-player mode of Star Wars: Squadrons is where we must hone our skills in a story that is said to show both sides of the war. As the Empire faces infighting and desertion after Endor, the New Republic has a classified plan to stop the mighty Imperial fleet. From mission to mission, players will switch between their custom pilots on either side; a freedom fighter for the New Republic and a hardened warrior in the Imperial Navy. Both sides are fighting for what they believe in - and both will do whatever it takes to win!

Fleet Battles is Squadrons’ signature mode. You can play with both players (5v5) and AI (or just AI by yourself) in a multi-stage, objective-based battle. Advance the frontline by dominating the enemy in an intense tug-of-war and carry out bombing runs to take out capital ships to reach your primary objective: the destruction of the enemy flagship.

In addition to a brand-new story, there are multiplayer battles. Dogfights is a 5v5 mode where two teams earn points by destroying opponents' starfighters in a traditional team deathmatch setting.

Much like the original X-Wing game, during combat we can manage the distribution of our ship’s power, channelling between your engine power, laser power, and shield strength. Not all starfighters have shields, but those that do have the ability to manually focus them entirely to the front or back when needed, giving twice the protection to one part of the ship but at the cost of no shielding to the other. With this, though, they’ll typically have slightly lower max speed and offensive capabilities than their unshielded counterparts. Additionally, unshielded ships can quickly transfer additional power to their engines or blasters when they need them the most.

Pilots will also get to customise themselves and their ships across the fleets on both sides, both aesthetically and functionally.

Neither of these will be purchasable with real-world money. Everything in-game is either earned or unlocked via gameplay.

While playing, you’ll be able to unlock components for your ships so that they can perform to your preferred specifications. Each starfighter can be outfitted uniquely, too, meaning an X-wing may have some different upgrade options than an A-wing or a Y-wing. Ship components range from different weaponry, auxiliary parts that aid in repairing or engaging your enemies, and much more. You can customise your ships in Squadrons 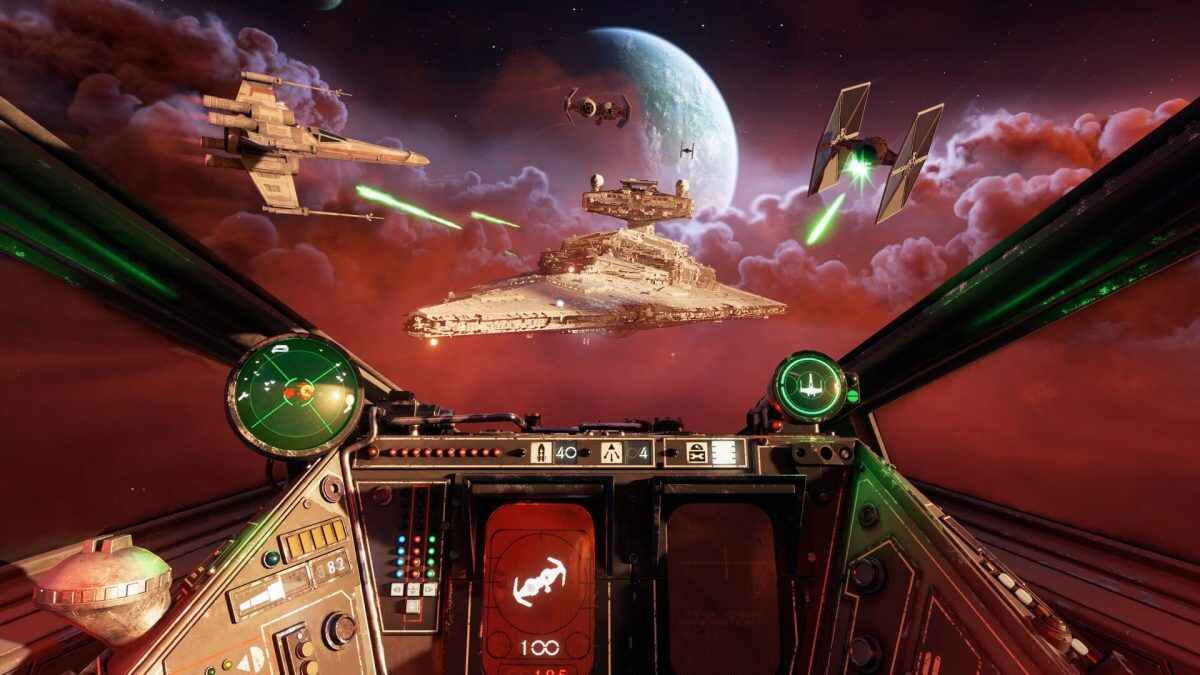 Each ship has it's own feel and component slots 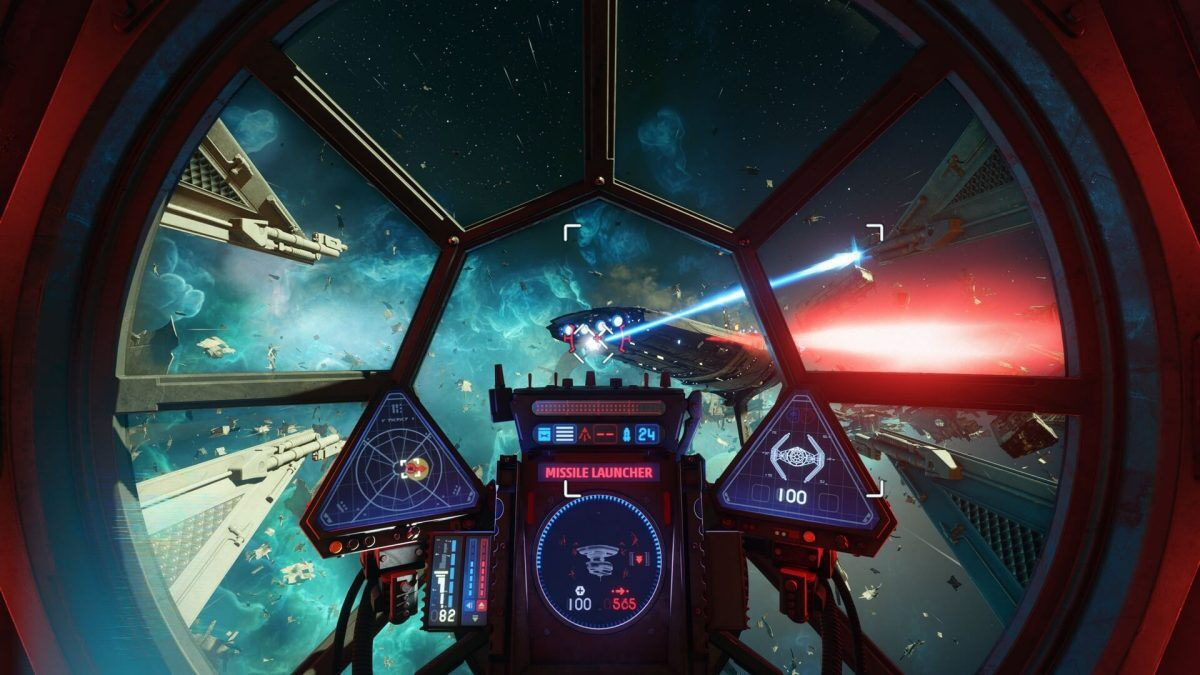 The Tie Interceptor is incredibly fast, as the name implies 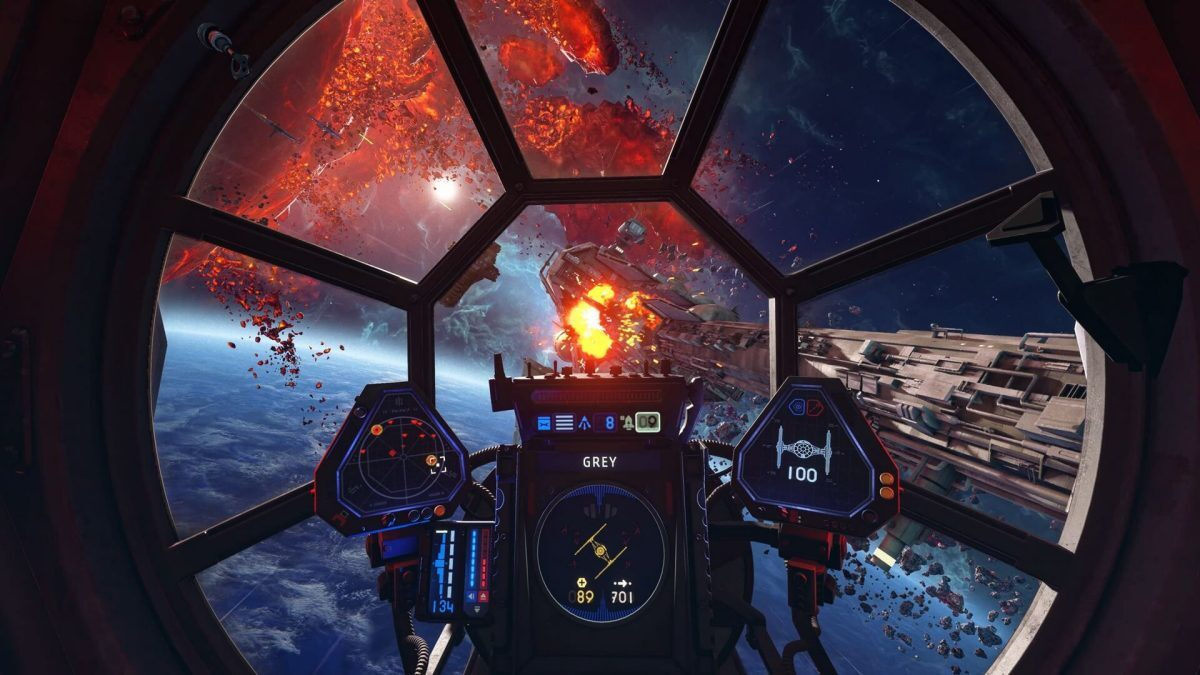 Even the classic Tie Fighter has it's own advantages

Each component offers unique effects to your ships, though most have a trade-off. For example, one type of shielding system will provide more protection against blaster fire but less against missiles (or vice versa). There are many more examples beyond that, too. To add to this, you can make your squadron look how you want, as well. Your two pilots (Imperial and Republic) and eight starfighters (four per side) all have various cosmetic options that you can earn and unlock while playing.

Depending on when you’re reading this the game will be either just about to release, or available right away.

See you in the stars, pilots.

Thrustmaster T-Flight Hotas One Joystick For Xbox One and PC

YES this is a good game! 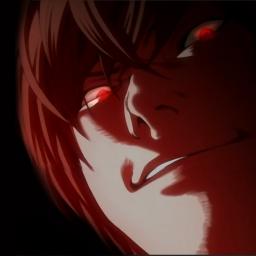 Is it? I'm seeing mixed reviews on the steam store

I did mission 1 & 2 last night and that unlocked the multiplayer, i'm going to complete the story before I get into that. Don't expect Battlefront style space combat, its more of a simulation and I selected the option for no HUD at the start too so I'm using the ships displays for a more realistic experience. Even on a monitor it's got a very VR feel to it and you can see actual hands flipping switches and pushing buttons etc but it is not as hardcore as other sims such as star citizen or elite dangerous where you click the buttons yourself, just a keypress to trigger an animation.

I am stuck on mission three, I choose "Pilot" at the start but it's just too hard, no cover.