The new GoPro Hero 9 Black action camera is now available, and it has some stand out features that make it a real leader amongst the action camera range, enough so that even those who already own a GoPro should consider this as an upgrade.

Adding a much larger 23.6MP sensor, GoPro leaps forward yet again with the rugged HERO 9 Black, improving the video capturing performance, further enhanced by a range of new key features.

The battery for the GoPro Hero 9 Black is now 1720mAh capacity, able to provide around 30% longer use in comparison to the previous model's battery, so you can go on even bigger adventures, while being able to operate the camera for longer periods on a single charge.

The front display, which in the previous Hero model showed status information, is now bigger at 1.4" and offers a live view, allowing you to frame shots for vlogging or similar face-on-camera stuff. The GoPro will also let you use it as a high quality 1080P webcam, for video conferencing, to do this jump into preferences > connections > USB connection and select ‘GoPro Connect’ to use ‘GoPro Webcam’.

Another new addition is a suite of powerful tools, or PowerTools features, and these include a feature called HindSight that, when turned on, allows you to record 30 seconds of video prior to your hitting the record button, this will help to ensure you never miss that awesome, unexpected moment. 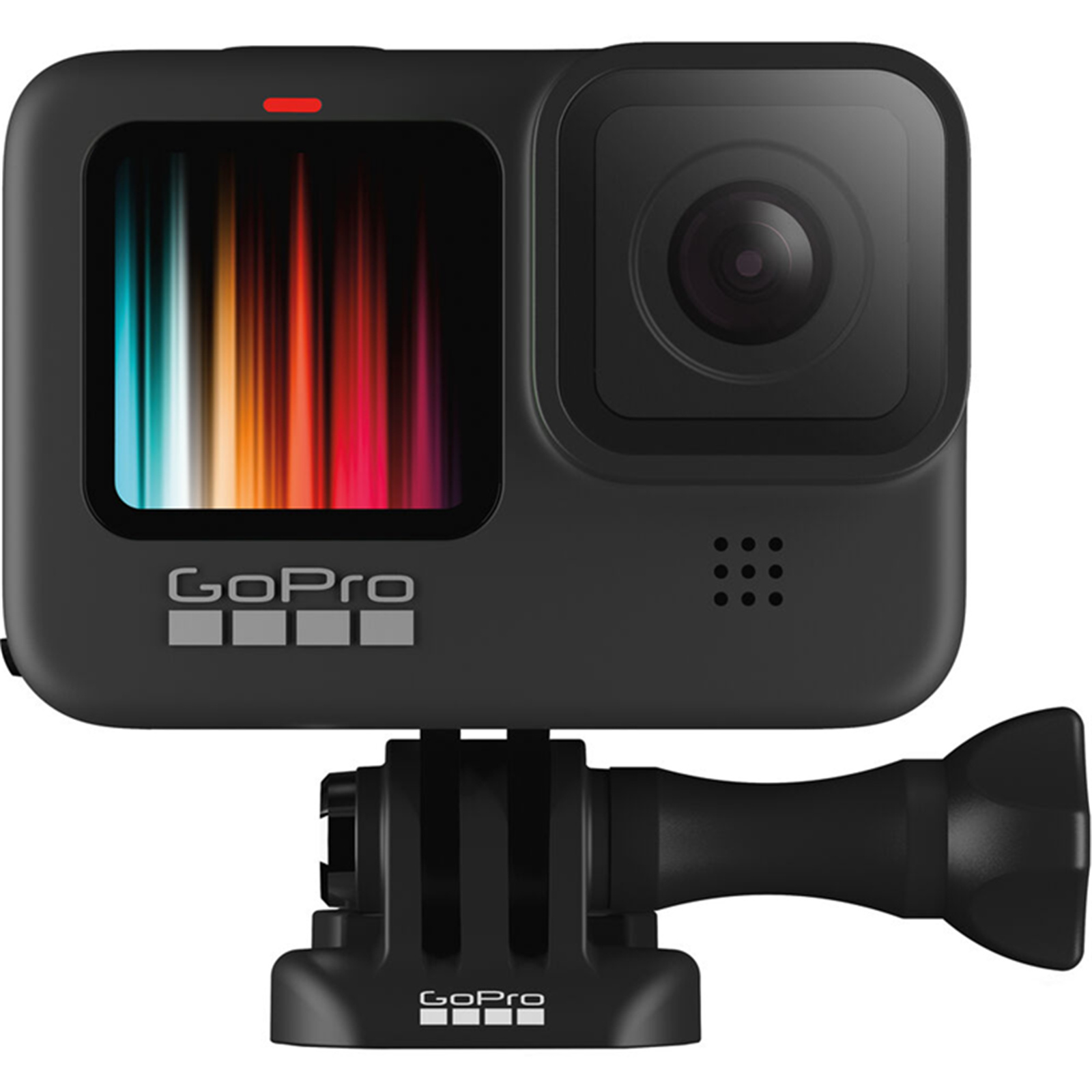 While all these features already combine to offer a powerhouse system, the GoPro Hero 9 Black is further complete with many other features carried over from previous versions of the camera, some of which have also been enhanced.

These include a large 2.3" rear touchscreen with touch zoom, raw photo and audio capture, time-lapse and night-lapse, 8x slo-mo, an advanced 100 Mb/s bit rate, three microphones with advanced wind noise reduction, Protune features with professional video and audio settings, 14 voice commands such as, "GoPro, take a photo", and even if the camera is off, you can say “GoPro, turn on”, it’s pretty awesome, that’s just two favourites. For easier social media posts, the camera also lets you switch into portrait mode to capture images in the format ideal for platforms such as Instagram.

5K Video might sound a little odd to some (myself included at first), but now I like to think of it as a wide-screen capture, the resolution is actually 5120 x 2880. The GoPro Hero 9 can capture up to 5K 30FPS resolution video and maintain high detail even when zooming in. Packing that new 23.6MP sensor, the Hero 9 Black brings lifelike image sharpness, fluid motion, and in-camera horizon leveling that makes capturing the best footage possible easier than ever before.

It’s a fantastic action camera, check out the full range in the mighty GoPro Store today!

handy having a front-facing display for viewing

The DJI action camera has that double screen too

Best in Camera Stabilizers and Gimbals