Asus have a new gaming monitor and it's incredibly fast, capable of reaching 360Hz!

ROG have been in the business of making amazing monitors for years and a plethora of Asus Replublic of Gamers options are happily sitting in pretty much everyone's best gaming monitors lists right now, thanks to it's combination of raw speed, stunning good looks and surprising affordability.

The new ROG Swift PG259QN & PG259QNR have their sights set to take that top spot though, and it looks like they have the goods to do it. A short while ago the thought of reaching 360FPS is a semi-modern game would have made most giggle a little, but with the new RTX 30 series now revealed, this is actually possible - and other parts of the Nvidia announcements included specific mention of new latency checking tools that would be available to a new generation of gaming monitors - measuring the end to end timing from click to response - Nvidia Reflex.

Via Asus Republic of Gamers: ROG Swift 360 Hz PG259QNR features NVIDIA G-SYNC technology and the NVIDIA Reflex Latency Analyzer, a revolutionary integrated system-latency measurement tool. PC performance for competitive gaming is about responsiveness — how quickly the display updates after mouse clicks or movements. The Reflex Latency Analyzer detects clicks coming from the mouse and then measures the time it takes for the resulting pixels (such as a gun muzzle flash) to change on screen. This type of measurement has been virtually impossible for gamers to do before now, requiring over $7000 worth of specialized high-speed cameras and equipment. Reflex Latency Analyzer provides a much more complete and accurate understanding of mouse, PC, and display performance. With Reflex Latency Analyzer, gamers can now start a match with confidence, knowing their system is operating exactly as it should be.

Small details have been updated and the design is impressive, with cable management through the adjustable, space-saving stand. They've even moved that little indicator light underneath the monitor a bit to make it less distracting, which is a little odd for a monitor with a fully RGB ROG EYE logo that blazes LED all over the wall behind it for spectacular effect.

Looking at the ROG Swift PG259QNR specifically, it sure has some excellent specifications.

The Asus PG259QNR can also be clamped to the edge of almost any flat work surface with the ROG Desk Mount Kit. The stock adjustable mounting arm of the monitor drops right into the desk mount, making more room for a keyboard and mouse so gamers can sit closer to the screen. There will be two bundles for this monitor available, one with the clamp and another without. 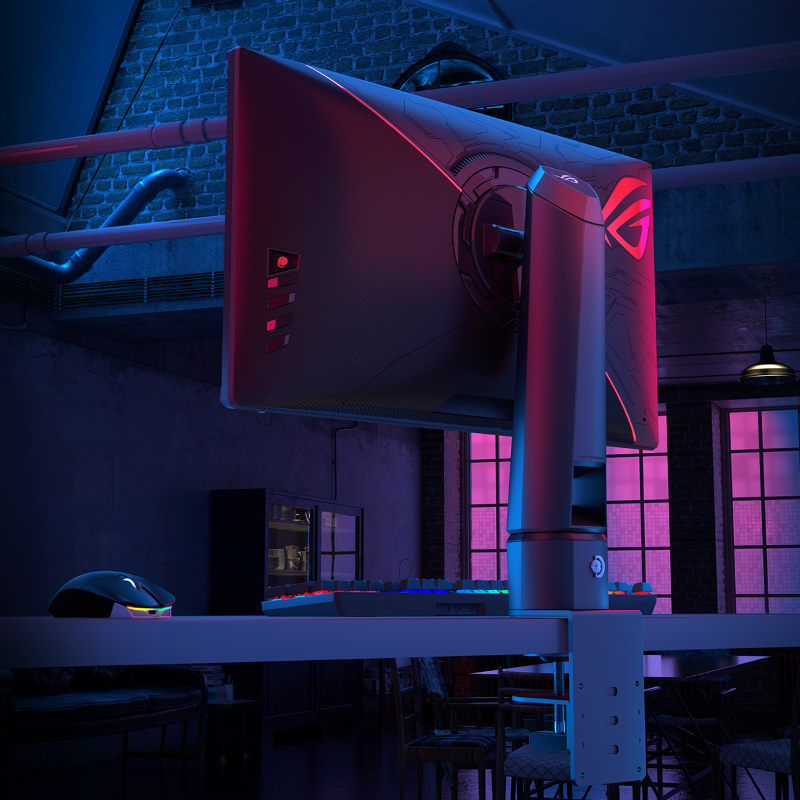 Combine that with premium features like G-SYNC + HDR along with a host of Asus exclusives such as GamePlus; for all our power cooldown timers and counter needs, GameVisual; for quickly getting great settings for various games and Flicker-Free + UltraLow Blue Light helping to keep our eyes feeling good.

The ROG Swift 360Hz PG259QNR is sure to raise the bar for all gaming monitors. And those with elite esports skills can use the Nvidia feature set to test their reflexes.

Limited stock for this incredible gaming monitor has just landed in New Zealand, check out the Asus Store for the latest!

This only works fully with mice from Razer, Logitech or Asus.

Will updates on this product be on this website?

Yes, once the NZ ETA gets confirmed a link to buy the product will automatically appear

As a Destiny 2 Players, Im excited to see that Nvidia are working with Bungie on expanding their tech into their games. The software itself looks great, but ill be interested to see how different it feels with one of these displays.