When it comes to gaming mice, gamers can afford to get picky! Choosing a mouse that works for you, that doesn’t break the bank can be a real challenge, so finding an ergonomic option, from a top brand, with features like these is really good!

The Razer Deathadder V2 ticks all these boxes and more, and might just take the title of best mid-range gaming mouse of 2020.

As with all Razer products, I expected quality from the Deathadder V2. Razer lives on the cutting-edge of comfort and design, and its peripherals are among the best money can buy. So when I opened the box and found a light, plastic mouse, I felt apprehensive.

My first thoughts were the Deathadder V2 felt cheap and unrefined, lightweight and lacking any serious oomph. Had I just picked up a truly budget mouse?

My concern was misplaced, as I gave the mouse a whirl in a few quick games of Counter Strike. It turns out the Deathadder V2 is nothing short of a true performer.

Despite its weight, the Deathadder V2 is an exceptionally well-built mouse. Sturdy and resilient, it weighs just over 80 grams, making it among the lighter mice on the market. The braided cable feels tough and shows no signs of kinking, knotting or fraying, even after hours of intense use.

Contrary to my initial thoughts, it’s less of a base model Corolla, and more of a stripped-down race car: everything you need, nothing you don’t.

The Deathadder V2 is almost identical in shape to the original Deathadder, meaning longtime Razer fans will have no difficulty making the switch.

Spec-wise, the Deathadder V2 crams a lot into its modest profile. An optical sensor built with competitive esports in mind sees the mouse scan at up to 20,000 DPI — ridiculously capable for the price point. Razer’s new optical mouse switches allow the Deathadder V2 to register clicks at a lightning-fast 0.2ms. 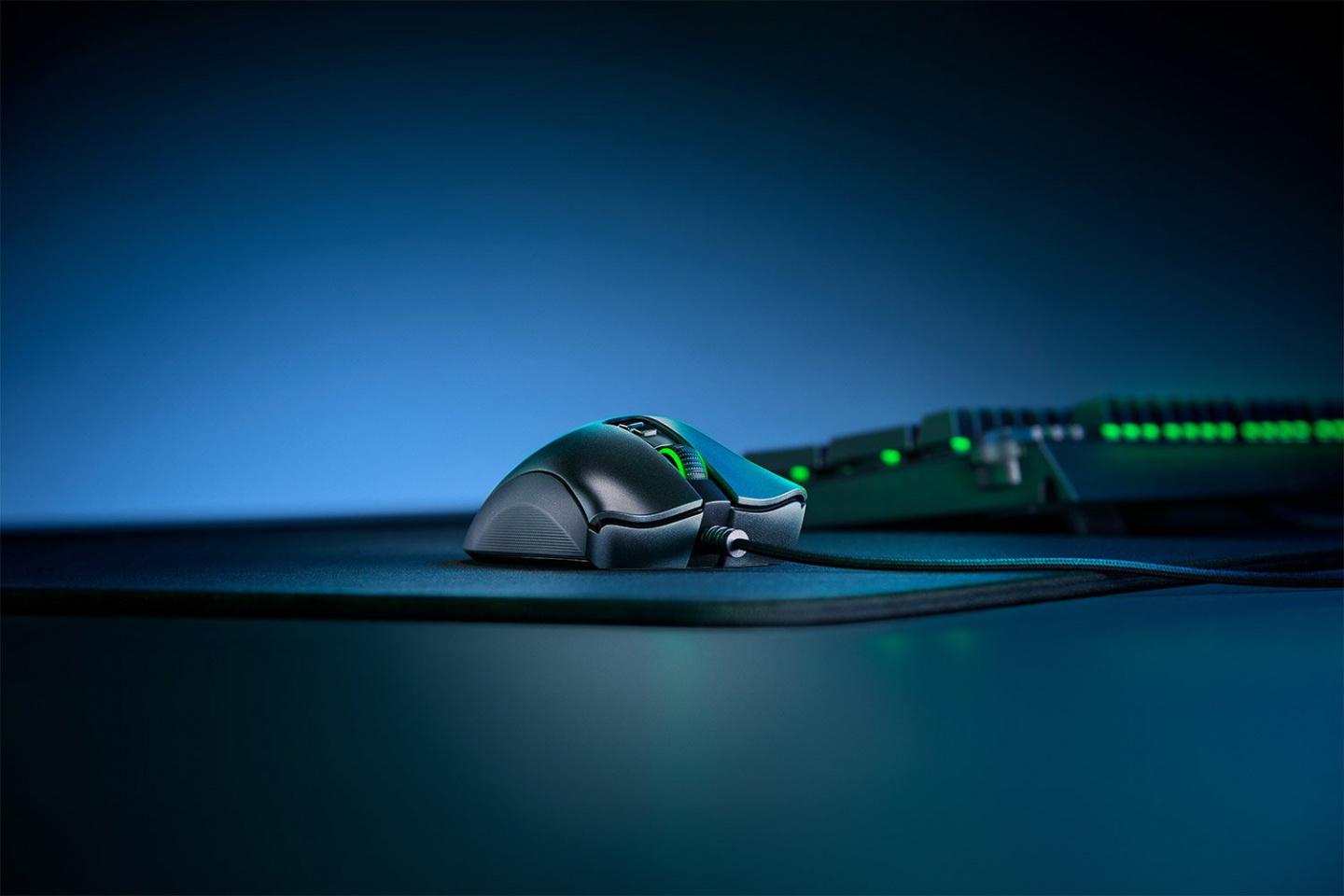 The new Deathadder V2 was released in 2020

The Deathadder V2 is also rated up to 70 million clicks - meaning it’ll likely outlast your PC. That’s thanks to using those optical sensors instead of traditional mechanical contacts, and means the mouse is registering three times faster than other mice on the market.

One area the Deathadder V2 surprised me in was its day-to-day use. Being a tech journalist means research and an awful lot of scrolling, and the Deathadder proved itself to be a comfortable companion for the daily grind.

Accompanying the Deathadder V2 is Razer’s hardware configuration software, Razer Synapse. Synapse is probably the best software of its kind - intuitive, easy to use, and no clunky additional features to slow you down. Synapse will let you program unlimited profiles for the Deathadder V2, and the mouse itself will store up to five, which can be swapped out quickly and easily without loading up Synapse.

The glaring issue I found with the Deathadder V2 is its sharp lines and cheap materials. I found myself constantly adjusting my grip to avoid resting my fingers on the thin plastic ridges toward the front of the mouse, which was a pain during competitive gaming.

It also feels like the Deathadder V2 was built with cheap materials, with silicon side panels for your thumb to rest in, and rough plastic adorning the top of the mouse. It isn’t terrible, just doesn’t feel terribly refined.

Next up are the buttons. I won’t beat around the bush — I’m not impressed. They’re wiggly enough to make me nervous, and if anything is going to break on this mouse, I’d wager it'll be the buttons.

For all the negative things I’ve had to say about the Razer Deathadder V2, it truly is an exemplary mouse. Packed with exciting features and hardware, but easy to get accustomed to and a joy to use, it's great for clicking heads or clicking through powerpoint slides. The Deathadder V2 only falls short of the finish line by its materials and sharp lines, but is definitely still a strong contender for the best mid-range mouse of 2020.

So should you buy it? Yes.

Oskar (@oskarhowell) is a technology and gaming journalist from Hamilton, New Zealand. He spends his time checking out the latest technology and gadgets, playing Halo, and posting to Twitter.

I have yet to come across a mouse that has a braided cable that does not kink, all the previous version Deathadder's I've had seem to be notorious for this. I'd be surprised if something significantly changed on this one to prevent it from doing so.

How long to they usually last you before the kink?

About 2 months, though it did seem since they started adding it to their Deathadder's the wire inside the cord wouldn't consistently break after 5 months of use.

Good to know, what mouse are you using now?

G502. The cable kinked on this too after a couple months, and the middle mouse stopped clicking after about 4; though I am using the button directly to the left of mouse1 for middle mouse and actually prefer that now. It is a great mouse to use though, just feels really nice in the hand. Deathadder was good as i was a very low sensitivity gamer in shooters and it was the only laser mouse that could really cope with fast moving the mouse without getting negative acceleration, but most laser mice can do it well now and having to replace the Deathadder every 6 months because it broke grew tiresome. Logitech just feels more reliable in its construction.