Having just completed a full round of BETA game access on consoles and PC, the upcoming Marvel Avengers game is getting very close to full game release on September 4th.

But will everyone get the character they want to play? With Spiderman already bound to a console though exclusives, and Hawkeye having already been teased, it's anyone's guess who the new hero will be, ANTMAN maybe?

According to Crystal Dynamics & Square Enix, the next Marvel Avengers preview event, which is set to include a bunch of world-exclusive reveals, such as an "in-depth look at the first post-launch story season for the Avengers Initiative, and the unveiling of an additional post-launch playable hero". This special reveal event is set to take place on September 1st.

Learning more about the story, or maybe timeline in this case, is often a really good way to get into the mood of the game - but this game is somewhat unique in that regard, because we know all the characters very well already and we've enjoyed comic books and movies for years, as well as a host of great YouTube videos for the new game specifically, such as the one below that they just released today!

The Marvel's Avengers game introduced us to the new world with a large A-DAY celebration event underway in San Francisco, showing off their new helicarrier HQ - which then get burgled in a specular villainous fashion, and the Avengers get blamed.... typical! Fast forward five years into the future and a new danger threatens the planet, so we reassemble the heroes and set off to save the Earth.

The game has been featured heavily by Intel in recent weeks, and they've even released a range of CPU boxes that picture the Marvel Avengers characters on them. You can tell which CPU has these special boxes by the added A in the MFC codes - so the i5-10600K would become the i5-10600KA for the Avengers packaged version.

Aside from the marvelous packaging the CPU inside look to be the standard versions, and there is a somewhat comical note on the box which reads "game not included", we take that to mean any game bonus offer will likely cover a larger range of CPU options, not just the new ones in the fancy boxes. 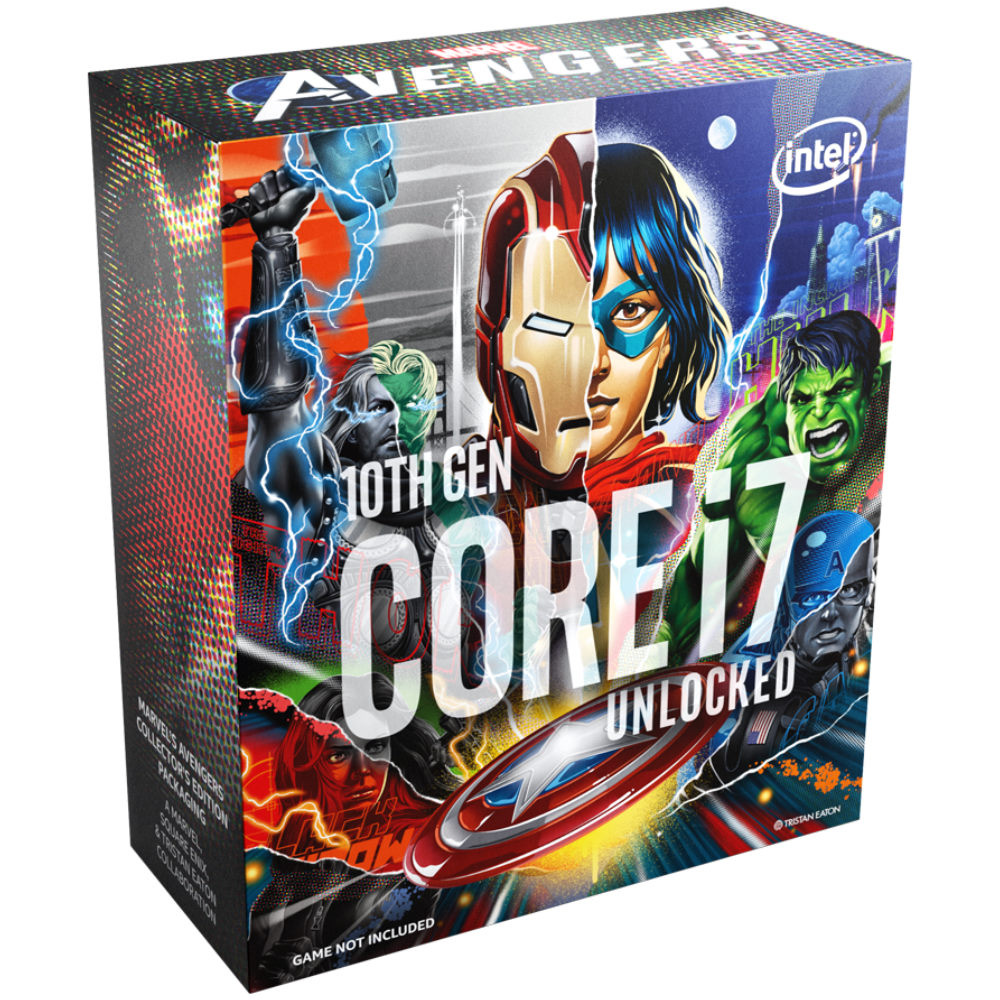 Intel are well known for their Intel Master Key offers, which unlock a range of games for those who purchase selected Intel CPU, and it will be great to see Intel bundle the new Avengers game with the CPU when it releases - we'll just have to keep our eyes on the Intel Store for the latest!