Computex is an absolutely massive technology expo that takes place in Taipei around June each year, it's often compared to E3 and CES due to its size, but the focus is all about PC, with component creating masters from around the world creating incredible, one-of-a-kind systems to showcase what they are working towards for future product releases.

Much of what you'll see within the main hall at Computex is technology without a budget, cutting edge gear being showcased in a sea of prototypes, not concepts though, it's important to note this stuff actually works, but generally speaking, it isn't quite ready for mass manufacture yet. Top tech brands also use this as an opportunity to show off, inviting the very best in case modders to attend, bending glass like magicians and often showcasing the very best hardware within their custom systems.

We're very excited here at PB Tech for the opportunity to check in with all the brands and people we work with to create our custom Gaming PC, Laptop and PC Parts ranges - and that brings us to Hyper X!

Just a few years back, Hyper X was most well-known for their excellent Gaming PC RAM kits, but this all changed when they released the Hyper X Cloud Gaming Headset which skyrocketed to become one of, if not the, top-selling PC gaming headset in the world (seriously, read those reviews!).

During the booth tour Ping from Hyper X took us through the range of gaming gears available, covering the just-released models as he made his way towards something new - the Hyper X Orbit S.

This soon to be available, top-tier gaming headset, has the ability to position sound aligned with movements of a players head and it's utterly incredible, the advantage this gives you by being able to accurately track sounds in game is staggering, well ahead of any surround sound headsets we've tried previously. 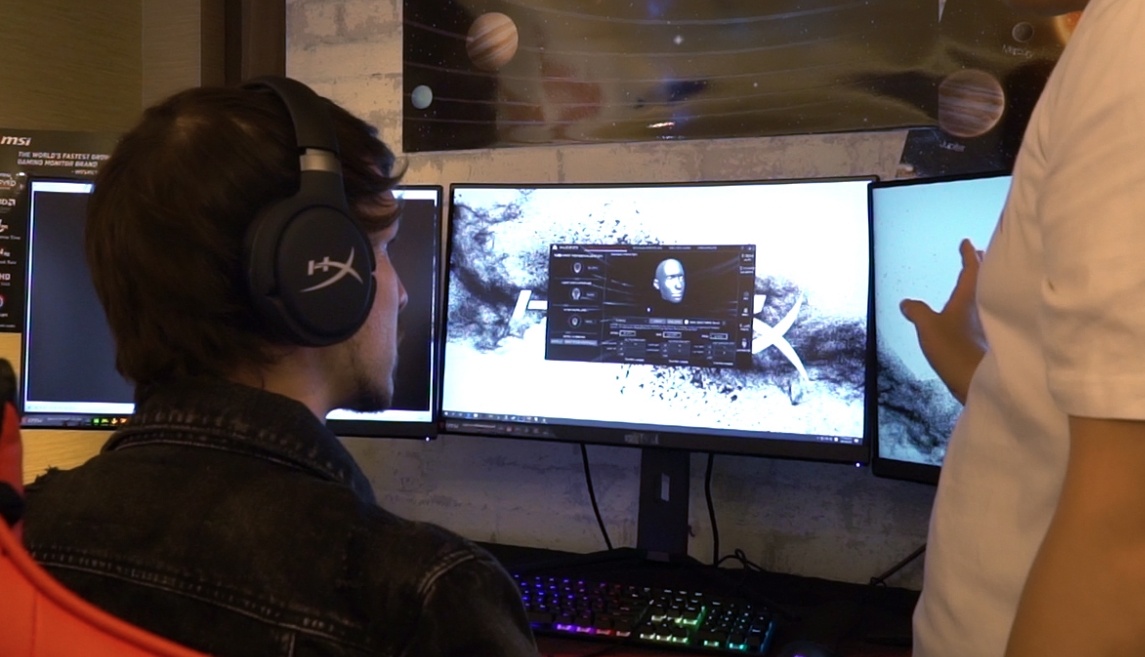 The in-game application for this new positional headset actually let us put our ear to the door, judging the distance and position of opponents in a way that felt similar to being in a real space, able to adjust our head slightly and track the specific sounds that were around us, we were able to follow a opponents movement flawlessly through the audio accuracy this enabled.

Our gaming experience with Hyper X didn't begin and end with the Orbit S though, the team has continuously expanded the Alloy series with gamers’ needs in mind, and we're happy to report that the keyboard designs have continued to improve.

We got the chance to try the new Alloy Origins Mechanical Gaming Keyboard which features brand new Hyper X keys, with shorter travel times, and rated for up to 80 million lifetime clicks. While the Alloy series keyboards are already known for being durable with solid frames, but with this new 1.8mm actuation point, this shorter key travel makes it ideal for gamers looking for the very best reaction times.

Although the Alloy Origins is a full-size mechanical gaming keyboard, it has a space-saving layout to maximise your desktop space. The keyboard offers up to three custom lighting profiles that can be saved directly to the onboard memory, such as on-the-go lighting and macro settings. Alloy Origins features dynamic lighting with exposed LED on the key-switches, so it's very bright for those that can't get enough RGB lighting :) As per usual we can customise lighting effects and per key RGB control using the latest version of HyperX NGenuity software.

We were completely blown away while testing the new gaming gear - Hyper X nailed it with the new Orbit S Gaming Headset and we're excited to be able to bring these into a PB Tech store near you as soon as possible so be sure to keep your eyes on the Hyper X Store for the latest!