Computex is an absolutely massive technology expo that takes place in Taipei around June each year, it's often compared to E3 and CES due to its size, but the focus is all about PC, with component creating masters from around the world creating incredible, one-of-a-kind systems to showcase what they are working towards for future product releases.

Much of what you'll see within the main hall at Computex is technology without a budget, cutting edge gear being showcased in a sea of prototypes, not concepts though, it's important to note this stuff actually works, but generally speaking, it isn't quite ready for mass manufacture yet. Top tech brands also use this as an opportunity to show off, inviting the very best in case modders to attend, bending glass-like magicians and often showcasing the very best hardware within their custom systems.

We're very excited here at PB Tech for the opportunity to check in with all the brands and people we work with to create our custom Gaming PC, Laptop and PC Parts ranges - and that brings us to Gigabyte!

Gigabyte had a special VIP area for us to explore and we were lucky to be able to meet a relatively new member of the crew named Alex, who was happy to spend some time with us and chat about all the new goodness on display. Those in the esports community might think that Alex looks quite familiar and you'd be right - he's the one that built that insanely good Intel Skull Custom Casemod which was shown at the IEM Sydney 2019 event.

On display was their latest high-end gaming products, including the world’s first PCIe 4.0 NVMe SSD with 8TB capacity, apparently capable of delivering sequential read speeds over 15,000MB/s. The AORUS PCIe Gen4 M.2 SSD with its copper heatsink design which looks great, as does the AMD X570 flagship motherboard which boasts both a 16-phase digital power design and some very advanced thermals - perfect for those wanting to build the best of the best. 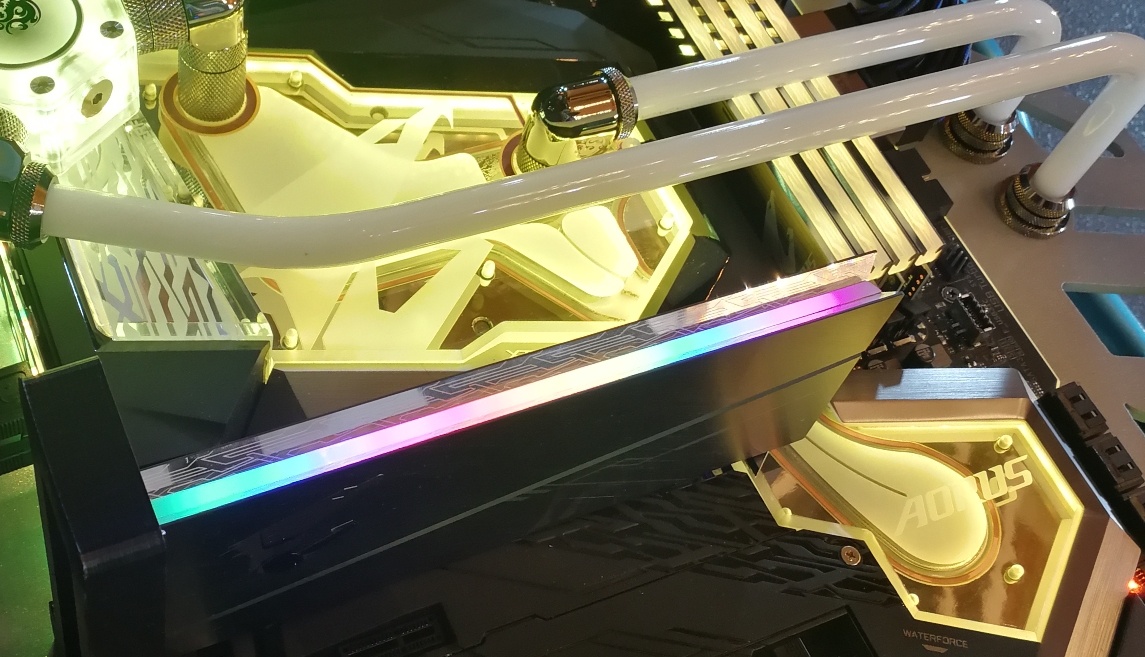 There are definitely some very exciting times ahead with Gigabyte AORUS unveiling such wonderful new technology, be sure to keep your eyes on the Gigabyte Store for the latest!