We've gone hands-on for our video review of the 13.5" Surface Book 2 at PB Tech, checking out the new form factor, performance and features offered in these latest hybrid devices from Microsoft.

The original Surface Book from Microsoft was released near the end of 2015 and was a pretty well-received laptop solution, setting the standards for a premium 2-in-1 with decent performance for the time. The really brilliant part of this device is its hybrid design, you can simply press a button and the screen detaches, from here you are free to flip the screen around videos call, watching movies or playing games, or you can just use it detached as a tablet.

Just like the other surface devices, the build quality is at the top of market with a smooth magnesium body that's soft to the touch, the processor inside this Surface Book 2 is actually passively cooled too, so you won't is hearing any fan noise from the tablet itself, there is a fan but you won't really hear it unless under quite a heavy load.

The screen is both beautiful and unique, featuring Microsofts famous pixel sense display sitting at 267 PPI in the 3:2 aspect ratio which is a little more square compared to 1080p 16:9 aspect ratio - and that's because this device is set up for productivity and having a screen like this screen offers a taller view for working on office documents or viewing large spreadsheets, it's also great for a bit of CS:GO :) It's still a touchscreen as well, although this time around there is no surface pen bundled in the box, so if you do need one, be sure to grab one from the PB Tech Microsoft Store. 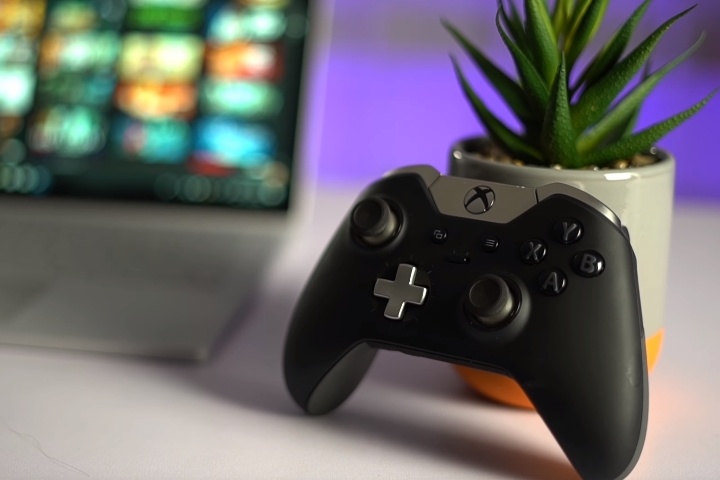 The base also sports another battery to extend the battery life while docked and also houses the GTX 1050, so in tablet mode, you'll be ok for a little Hearthstone still which is great with the responsive touch interface, but for something like Tekken 7 be sure to have that docked. The battery this time around is really good when its plugged into the base, this will vary on your usage of course, but you should easily be getting 8 hours and maybe even push that all the way to 10 depending on screen brightness. Gaming is where that battery does take a hit though, use that GTX 1050 and you'll find your Surface Book 2 is powerful enough to run some pretty recent titles at 1080p, and to further improve the experience there is also support Microsoft Xbox controllers built-in too - perfect for a little Sea of Thieves!

Those top chaps at Microsoft have also included a full-sized SD card slot in this new model which is great because this thing is actually powerful enough to do some pretty intense photo and video editing, something else that helps with this is the screen has an improved contrast ratio and is also brighter than the previous-gen with a 99% sRGB colour representation and 80% Adobe RGB they've really done a great job making an already great screen look even better.

I/O wise we get a volume control, power and a headphone jack on the tablet with the base having a magnetic surface connector (which is awesome in case you ever trip on the cable while charging), 2x USB ports and a USB-C which you can now use to charge the unit as well.

Both the trackpad and keyboard are excellent, the keys have nice travel, while still staying tactile. The trackpad is both spacious and very responsive. The speakers have been improved and are much, much louder this time around, and the webcam layout is also a solid 5MP on the front we a second 8MP camera on the back, both are capable of 1080p video.

You can see more on the Microsoft Surface Book 2 here, with the full range available in our massive Microsoft Store at PB Tech