Did you know that those fine folks at Apple recently updated the wireless capabilities within the MacBook Pro Touchbar, and to make this even better, there are some impressive new routers available that will work with the new 3x3 MIMO WiFi inside!

But first - what is a MIMO and why does it matter?

It’s actually really straightforward, M.I.M.O stands for multiple-input and multiple-output. I like the think of these wireless signals being a lot like lanes on a motorway with 1x1 being a road going up and another coming down, 3x3 is three up and three down. 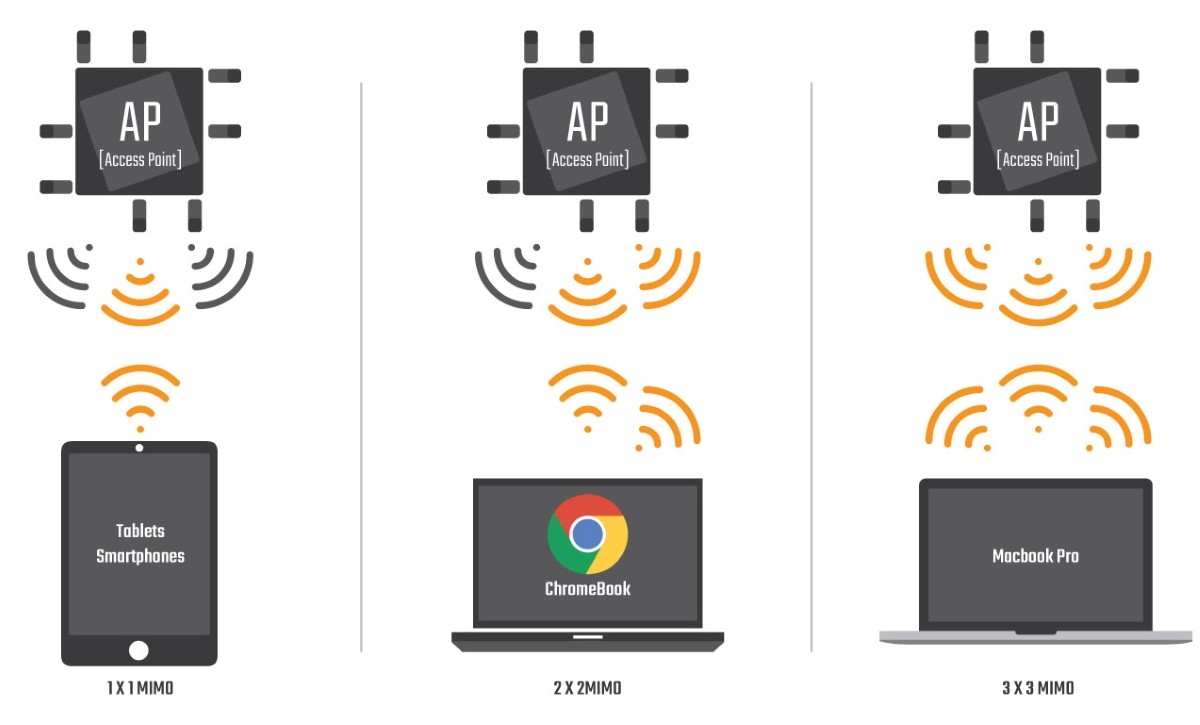 This logically lets you send more stuff at once, of course, you’ll need to have three roads going right from the source to your destination - if you've got three wireless signals coming and going from your MacBook but there is only one from your wireless router there could be a bit of a traffic jam!

So if you’ve got a 3x3 MIMO Laptop you can get a 3X3 MIMO Wireless Router and enjoy more bandwidth (more roads) from your home network!

While this won’t make our internet downloads go any faster it’s got other advantages – especially if you’re wanting to use a mac for steam in-home game streaming. I know what you’re thinking, gaming on a mac?… the butt of many jokes around the web – but we're going to do this in a unique way.

Steam game streaming isn’t about getting the mac to run the game itself, your regular gaming PC actually runs the game and then streams it to your MacBook so you can chill on the couch and play some games while you watch TV. To do this we'll first need to install the Steam client on our Macbook, this can be downloaded via Steam but the option for the Apple OS is found just below the normal "Install Steam Now" button.

Once you sign in you'll see all the games that are already installed on your Gaming PC now appear in your games list on the Macbook, but with a new "Stream" button where the "Play" button would normally be - it's that easy!

Brilliant right! Streaming like this needs a pretty awesome network to work well, which, if you’re running a new MacBook Pro paired with one a 3x3 router like the Netgear one above – you’ve got!

Check out our full range of Apple MacBook Pro in the Apple Store, and more great wireless router options in the Netgear Store. As a side note, this in-home game streaming stuff isn’t just a Macbook Pro feature - if you’ve got a Samsung Smart TV in your living room check the app-store for the app called Steam Link - it’s been in BETA since June and it’s really good, although right now (depending on which TV model and MIMO) it might be best to connect your TV to the router via a trusty ethernet cable, keep in mind this is a 3 step network, so you'll need to ensure your PC also has a fast connection to the router.